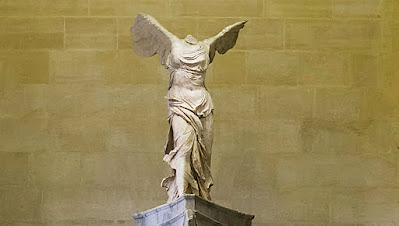 when did the accident occur?

the radiologist asks me this. i tell him there was no accident. in early june, it just started being this way. i do not know why.

together we walk to the closet with gowns. but it has no underwire, i tell him, for some reason suddenly quite desperate not to undergo whatever i'm about to undergo with a hospital gown atop my shirt.

i have already walked here at 7 a.m. in the rain, having not yet had coffee. life is hard enough as it is.

he asks if it's a sports bra. it's not. but it has no underwire.

it has no underwire! i exclaim in a tone that strikes me as more proud and also more confident than i feel.

i need not take it off, even though it's not a sports bra.

it's not a sports bra, but i cannot think of the right word for what it is.

they gave me a yellow bracelet, like the ones you get at concerts, at admissions. it reads: HUH RADIOLOGY 8/13. dutifully, i put it on.

dutifully, i am wearing it, though i did it somehow simultaneously too tightly and too loose, so the gummy bit keeps catching on my arm hairs and also i have seen absolutely no one else wearing a similar bracelet. earlier, in the waiting room, while amy grant spoke to good morning america about her open heart surgery, as the nurse came around with a temperature gun and alerted me to the fact that i am not fully alive because i am only 97.9, i took in the wrists around me and noted that none of them were similarly adorned. and so it is increasingly clear that i am a sheep, a rule follower, someone who elegantly, easily falls right into line behind authority BRALET!

the word for it is bralet! i exclaim-- after approximately 45 seconds of silence-- to this man who has absolutely no idea what i am talking about. it's a bralet.

i do not have to take it off because, as i have told him, it has no metal.

he goes into his little booth.

i sit in the chair he has told me to sit in-- because i am a sheep???-- and try not to think too deeply about the thing in the corner that looks like a four foot wide eraser made out of pool noodle material and has the word X-RAY written on it in sharpie.

and/or how this room feels like a place that would be located adjacent to a basketball court.

and/or how my bralet DOES HAVE METAL CLASPS IN THE BACK. AND HOW I NEED TO TAKE IT OFF BECAUSE IF I DO NOT TAKE IT OFF, WHATEVER HAPPENS TO PEOPLE WEARING METAL IN XRAY MACHINES WILL HAPPEN TO ME BECAUSE I AM SECRETLY WEARING METAL, AFTER I JUST SAID I WASN'T SO NOW I HAVE TO CONFESS THAT I AM BUT FIRST HE HAS TO COME OUT OF THE LITTLE BOX SO I REALLY NEED HIM TO COME OUT OF THE LITTLE BOX SO I CAN GET THIS LIE OFF MY CHEST (WHICH HAS A PROTRUSION THAT NO ONE CAN FIGURE OUT!!!!!! omg.).

he comes out of the box.

i am about to tell him about my lies when he asks: was the accident recent?

in my head, i am screaming but it comes out of my mouth in a tone calmer than expected. confessing this, i sound unusually sane.

he says something and leaves the room. which seems unnecessary since i was once a teenage girl in middle and high school gym classes so i'm entirely capable of getting out of a bra without ever taking my top off.

he returns. my bralet is off; my nipples are erect.

which side? he asks.

the left, i reply, right index and middle finger automatically taking their place as a frame.

there is no acknowledgement of the place on my chest cavity. i do not feel seen. i do not necessarily need to be seen in this moment, but also i'm a woman with erect nipples and an unexplained chest mass who hasn't had coffee yet, so i'm feeling a little vulnerable right now.

and when was your accident?

it just happened. it was just there. there was no accident. i've not been in any accident. this is not an accident.

he asks me to stand.

he asks me to hug the machine.

i hug the machine.

there was a time from mid-march to mid-june when this would have constituted an overwhelming amount of physical contact with another entity.

as the radiologist gently, delicately adjusts the placement of my arms in their embrace of the machine, i am grateful for every single second of my time with the communist. for all of the times he casually ran his fingers over the tops of my toes, trailed a finger up and down my spine, placed his fingers on the place on my chest and said yeah, that's something.

were it not for those moments, i am quite nearly certain, i would, in this moment, have been hugging an xray... wall unit? idk. whatever the fuck this was, i would've been embracing it and weeping.

it feels like a dance, what we're doing. a very slow dance. i do yoga, so i appreciate the precision involved in the micro-movements he's demanding of me. though i harbor concerns that he's focusing on the right side instead of the left.

head over heart, heart over pelvis. i work to square my feet with where he wants my arms.

he couldn't care less about my feet.

BREATHE, he says, his voice floating out of the booth.

now let it go, he says, as the camera clicks.

and then we move on to my sternum.

puff out your chest, he says, demonstrating, and i do. like upward dog.

my nipples are flat. my affect is flat. my eyes fall on the aquamarine XRAY pool noodle as i internally observe that, in this stance, i'm homaging the winged victory of samothrace. should i do airplane arms? or is that a bridge too far?

DO NOT BREATHE! he commands from the booth, and i obey, flat all over, chest puffed out, arms raised to my absent partner, tragi-comic.

the woman at admissions requested my emergency contact and i gave her garebear, because debo never answers her phone.

and who is gary to you? she asked through a mask, across the plastic. my father, i say.

DAD, she writes in parentheses beside his number on a sticky note.

today, a medical professional, like some robo-call, asked me three times if i was involved in an accident and took upwards of twenty-five x-rays of my chest cavity and sternum as i puffed out my chest and practiced, let's be real, unnecessarily aggressive airplane arms.

now you can tick that box off, garebear tells me on facetime, doing some weird thing where he licks his finger like he's about to turn a page but instead makes a check mark in the air.

and across the miles i want to reach out of our devices and tell him not to lick his fingers and to wash his hands.

he does it three more times for good measure.

that box is well and truly checked.

there was no accident. it is what it is. c'est la vie.

Email ThisBlogThis!Share to TwitterShare to FacebookShare to Pinterest
filed under: doctors in the city