some weeks ago, @ellenastevens wondered what my r.patz-style quarantine photoshoot for vogue might look like. wonder no more, my love. (also, fake vogue shoots are the thing we're going to do on our birthday eves from now until forever, yes, please? [also also: wearing fake hair more frequently continues to be the only new years resolution i have ever kept])

being booted out of a country will do that to you.
but, nonetheless, the scanning of the west london skyline from the abbey tower of my old church for ascension tide sure did make my heart clench. 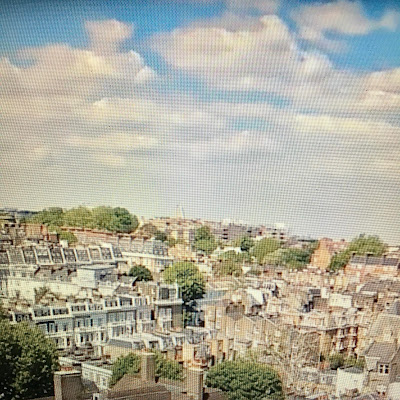 Email ThisBlogThis!Share to TwitterShare to FacebookShare to Pinterest
filed under: LONDON BABY

last year, i was alone in mississippi on burvil's farm, doing weepy yoga practices for broken hearts and lifting my fists to the heavens, throwing curses towards the shitshow in london.
this year, we no longer have the farm and i'm alone in DC, in my own apartment, having assigned the blog post i wrote last year to my students during a global pandemic.
exciting times!
i feel i've never been further from jackie than i am right now. which is hilariously not true since her photograph surrounds me and i am, currently, writing an article about the stupid movie.
but i do feel somehow disconnected from her story, a story that has sustained me for decades. is this maybe a protective detachment? aren't we all keeping our space from certain things we love for fear of never wanting to encounter them again when this is all over? we avoid them for now lest we ruin them from the future.
maybe it's that. maybe it's not that i've outgrown her.
i worry that i've outgrown her, but then i also know that if someone dropped a publishing contract on my desk tomorrow, i'd be ALL IN. so it's probably not that. it's probably defensive. it'll probably be ok.

read more »
by oline No comments:

0 i worry that i've lost it

that i no longer know my shit.
but then, working on an article, i google "jackie kennedy life magazine 6 december 1963" and my ability to recall, without pause, the date of publication for jackie's camelot interview is terribly reassuring.
maybe i'm not so far removed from the story as i feared.
by oline No comments:

Email ThisBlogThis!Share to TwitterShare to FacebookShare to Pinterest
filed under: jackie oh oh oh, writing in the city

debo LOOOOOOOOOVES glasswares.
belatedly, i'm realizing this appears to be hereditary, as i have, in these last months, acquired a formidable collection of drinking receptacles. enough to outfit a party of ten were we to switch to new drinks thrice.
an especially hilarious tally given i sit in my apartment alone.
for debo, who has had a lifetime of glass, this is about re-acquiring that with which she previously parted. the dishes of my childhood, for example, being a set which featured the most appropriately sized cereal bowl she has ever encountered in her life. a circumstance of which she was unaware when she relinquished them in 1987 (i wondered at the time, who has purple dishes? she tells me) and fully appreciates now.
i, in contrast, am just pleased as punch to be utilizing actual glass and dishes with heft after nearly a decade of eating of picnic-wares and melamine.
so the latest thing is the coups. she found a set and sent photos and because they were pink and pink is my thing and i've a notable lack of coups of my own, shortly thereafter a pair arrived at my door step.
an lo, thence commenced a glassware duel, wherein i was bested by wine and desserts.
what you have to realize is that debo always wins. 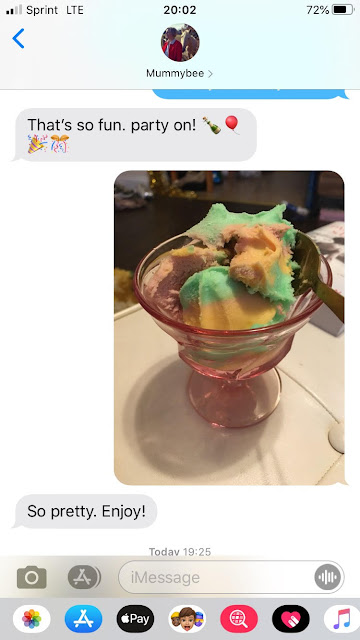 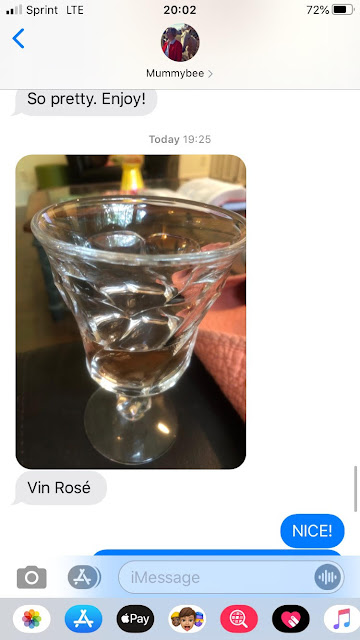 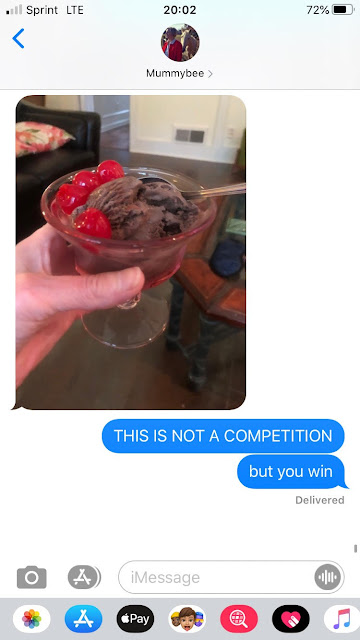 0 a ittle nonsense for your friday 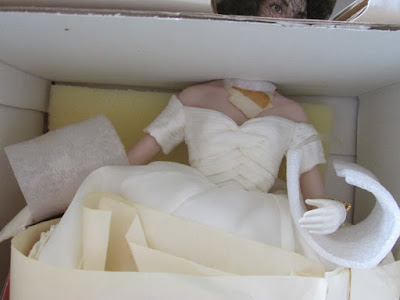 Email ThisBlogThis!Share to TwitterShare to FacebookShare to Pinterest
filed under: writing in the city
Newer Posts Older Posts Home
Subscribe to: Posts (Atom)