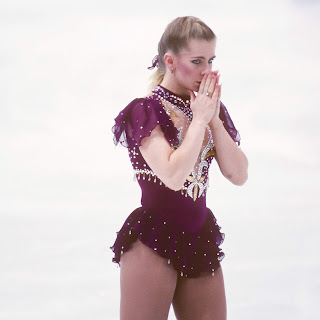 so thursday is three shows with three characters. which is maybe why i come home and it feels like 3 a.m. at 8:45.

with my afternoon girls, though, i have come into own. despite the fact that the morning class is the one with the piano, against which i lean like a lounge singer, i find i deliver the afternoon classes with the attitude of someone who is half a drink in.

true story: about a week ago, i objectively observed my performance in-progress and realized that i hold the dry erase marker aloft in my right hand as though it were a martini!!!

spring break is next week. as a result, as usual, this week-- the week before spring break-- has been complete and utter trash. everyone is stressed, everyone seems hostile. i produced 13,000 words of feedback in the month of february and can now barely remember my own name.

yesterday, in each class, i had to admonish them at one point because i'd look out into the sea of smiling faces and see a sea of faces looking intently at their phones and not at me.

in the first class, this was done in a vair vair bribey way. i said something along the lines of "i just read all your papers, so now you all have to look at me."

in that class, i also INEXPLICABLY, wound up recounting the story of how my handwriting is now so bad because i broke my wrist as a fifth grader due to my habit of figure skating in carpet in socked feet. (WHY DID I TELL THEM THIS?!?!?! it was truly the most vulnerable i have ever felt in a classroom, and i say that as someone who once ran through all of their material for the first day of class within the first five minutes and had to kill 45 minutes of time with a room full of judgmental 18-year-olds.)

this is what the week before spring break does to a person. i am no longer what i once was AND i have taken truth serum.

in the second class though. when i looked out into the sea of smiling faces and saw a sea of faces looking intently at their phones and not at me, i took a different tack. and i, again INEXPLICABLY (in all honesty, most everything i did in class yesterday made no sense to me), said something like, "you all need to be looking at me and not your phones, because i need to be the center of attention!!!"

which felt highly vulnerable in a different way from the socked feet story, in that it was an admission that, on some level, this is what has brought me here: i teach because i have found i weirdly love working with young writers. but, less admirably, i probably also teach because my career on the stage didn't pan out.

there is a part of me that loves the performance-- as betrayed by #adjunctfashion and the effort that goes into my costuming-- and, some days also, the person i am when i am up in front of the room. this requires a crowd and i love this particular crowd.

hence, their ability to eventually wear me down and get me to recount the story of skating in socked feet.

i said i needed to be the center of attention with what i recognize to have been approximately the same charm i would have marshaled when i more directly said LOOK AT ME, LOOK AT ME!!! as young oline. hands together in prayer, sort of rocking to the side on my feet, as though i couldn't bear my own adorableness and were trying to escape it whilst simultaneously projecting it across the room.

and, reader, it worked. they laughed (if i cannot fix their run-ons, at least i can give them comedy hour), and they looked at me. and i had them again.

until, like, ten minutes later, when they all started putting on their coats and digging in their bags before class was over, and i had to channel every teacher i had in middle school and be all, I DON'T KNOW WHY YOU ARE ALL ARE ACTING LIKE WE'RE FIXIN TO LEAVE BECAUSE WE ARE NOT DONE HERE!!!

we win some, we lose some.

class is cancelled for thursday!!

debo is coming to town!!!

the daffs are blooming at dupont metro!!!! 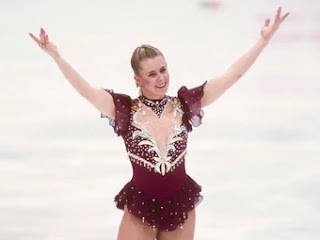 Email ThisBlogThis!Share to TwitterShare to FacebookShare to Pinterest
filed under: so you think you can't dance, teaching in the city