0 wherein i am (briefly) mistaken for an undergrad 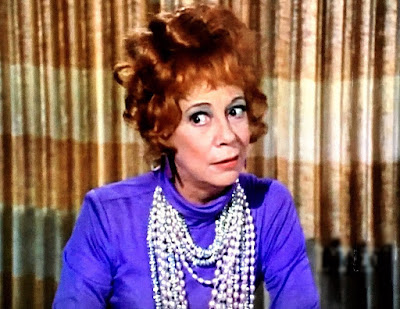 last semester, my camp buddy WRB (you know-- that person you glom onto the first day and hang on to for dear life for the whole of the shared ordeal) was mistaken for an undergraduate by other undergraduates in the coffee line.

someone tried to befriend him on the first day of semester and he had to be all oh, i don't go here. i teach here. at which point the student turned around 180 and they endured the coffee line together in silence.

he told me this and i was a little jealous. which is perhaps unfair, because my vibe is, currently, bohemian disco broadway chic/jan's aunt jenny. and there's not a lot of undergraduates who are in that place. so, simply by that fact alone, i appear to not be 19.

but lo! there i was, sitting on the couches waiting for WRB to roll up so we could bitch about various states of psychological and emotional depletion, when the undergraduate seated across from me attempted to engage me in conversation about what, he assumed, was our shared enrollment in some history 101.

i, of course, SHUT THAT WAY DOWN. because i am not an undergraduate and i am not enrolled in a 101 but also because, at my other school, i'd recently sat through an entire hour of what they called "sexual harassment training" (which seems such a misnomer as it makes it sound like we are being trained to harass rather than being trained in recognizing our own power in the classroom and being conscientious, humane, non-exploitative authority figures).

so i clarified that i was not in his course and we sat in silence.