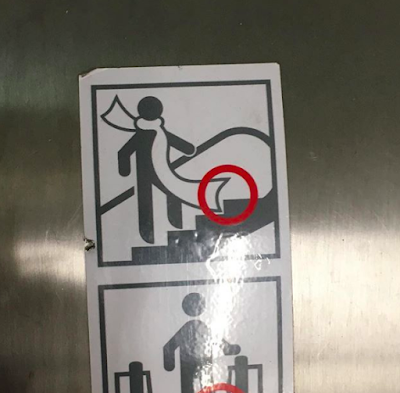 as a very frequent wearer of scarves i've long been haunted by the story of isadora duncan.

so it was with HORROR yesterday that, while doing the vacuuming that is the final stage of closing the bookshop, i felt a tightening around my neck.

and i thought, briefly, so this is how i die: in the dark, wearing a fur coat, my bubblegum pink scarf sucked up into the broken vacuum we're not supposed to use because it makes a horrible wailing sound but which i can't forsake because i am especially resistant to change right now.

spoiler: i survived! but it's bizarre to me that my greatest concern in this moment (other than freeing myself) was that, if i were to die, in death, i might be penalized for breaking the rules and using the wrong machine. like people would be nodding at my funeral, all she had it coming because i was contrary and didn't use the new one, because i'd become accustomed to the old one's wail.

Email ThisBlogThis!Share to TwitterShare to FacebookShare to Pinterest
filed under: book selling, tales from the shop