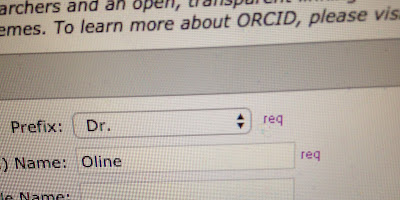 reportedly, allegedly, so they say.

for someone of great faith, i have a profound inability to believe in anything having to do with my phd.

but yes, official documents have been filed- with the government, no less- which would indicate that today is, indeed, The Day. so perhaps it will be.

i ask the other caroline if we can go for a walk. because i've a compulsion to make it feel like something "real" has happened on this day. because my becoming a doctor doesn't feel "real" enough. whatever that means.

is there a ceremony i can come to earlier in the day? the other caroline asks.

i inform her, no, there's no ceremony. i'm 99% certain that my doctoring will be signaled only by my receipt of an email at some point on this day or- if the trend of the last 3.89 years continues- the day after or the day after that.

you should turn on a special alert, debo tells me, like the music they have at gare du nord, so when you get it, it will be like a choir of angels sings.

intriguing but not feasible. because then i'll be getting alerts all day about things like the KCL english department christmas party and student questions about next week's reading, things that have nothing to do with my becoming a doctor and which will, as a result, be heralded unnecessarily by a choir of angels.

after a day of unnecessary angelic heralding, how meaningful is the choir of angels alert for the email containing my doctoring really going to be?

i bet you get a letter too, N says, trying to make me feel better, suggesting that this will make it feel Real. a piece of paper. i have doubts.

can you chat tomorrow? AV asks.

i don't know. i'm going to be pretty busy, i say. you know tomorrow's the day i officially become a doctor. and she gasps in awe and wonder (because we have been waiting nearly A YEAR) and says she will call anyway with congratulations.

even though it is attached to nothing but the receipt of an email and the passage of a particular date, this is a huge fucking deal. intellectually, i know this. the fact that it is simultaneously so big, so abstract, and so unlikely to have any real immediate effect on my life beyond granting me an honorific that people have been illegally bestowing upon me for months is perhaps why i keep telling everyone i meet.

we were going out to the parlors last night, and a volunteer i don't know very well asks what i'm doing the next day. and i tell her, in the tone of voice one would ordinarily use to say one is getting one's nails done, tomorrow i'm becoming a doctor.

no reportedly or allegedly. it's real.
by oline

Email ThisBlogThis!Share to TwitterShare to FacebookShare to Pinterest
filed under: PHDing