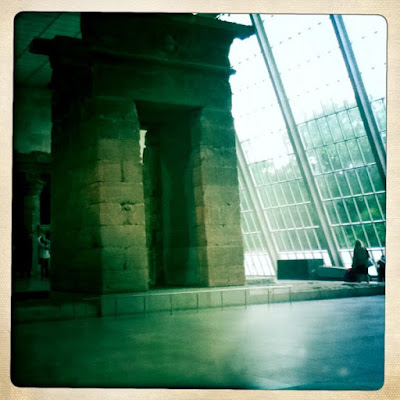 AV and i're taking a turn about the common, mulling the jackie radio play. she asks how i envision it and, panic rising, i say, flat out, that i am incapable of handling structural issues at present, i haven't the emotional stamina for visions.

and she says, yeah, yeah, no, ok then, i'll do structure and you'll take it from there.

this woman, with the afflicted back, walking around on a crutch, and here i am being all demanding, dictating that i do not do structure.

and i'm reminded of why is so wonderful to work with other people. the lighthearted joy with which they assume the burdens that seem absolutely crushing to you, and how this is so infinitely much better than when i am alone and must wrestle with my words all by myself.

the corrections are out there, in the world, being read by someone. it is like some invisible piece of me has potentially been set on fire. this is how it always is, when someone's reading something in which you have a heavy emotional investment and from which you have no emotional distance.

AV and i have reached the point of emotional distance with the original incarnations of our PhDs. looking now at what i submitted then, i appreciate even more the fact that they didn't fail me because, in retrospect, it was quite seriously what the fuck. a perspective that has come with time and which, were i any less neurotic, would probably instill some confidence in the work i've done now. for it is in light of that work that the prior work looks so skimpy.

but it is hard to be confident when invisible pieces of you may or may not have been set on fire.

every time we are together, AV and i walk down memory lane and sigh, ohmygod can you believe that this time last year, neither of us had finished/submitted/viva-ed/passed. it is, possibly, a way of consoling ourselves for the fact that it often feels we've done relatively little since doing all of those things.

a totally nonsensical possibly as i have, subsequently, rewritten 1/3 of my PhD. but still. it feels like nothing. we were forewarned that, in the end, we would feel numb.

AV has told me that the only way in which she has so far benefited from being a dr. is that, when she goes to the hospital, the healthcare staff are visibly more respectful when they realize she holds a PhD.

AV makes repeated references to the party we're going to throw when we both graduate. debo makes casual references to a hypothetical trip she and garebear will be making to london in winter. the circumstances for this trip remain unexpressed, though we obviously all know what is for.

it is assumed i will graduate in january. this in spite of the fact that garebear has admitted that every time he overhears debo talking on the phone in hushed tones (a frequent occurrence as it seems everyone around them has fallen ill and/or died), he assumes that she is speaking to me: that i have heard from my examiner, that he has reviewed the draft, and the news is not good.

when garebeall tells me this, the relief is tremendous.

we are in this together, all three of us, in our own ways, suspended, tensed and waiting to see what happens next, as though the future were some place where everything will suddenly be so clear.
by oline

Email ThisBlogThis!Share to TwitterShare to FacebookShare to Pinterest
filed under: "academics" in the UK, AV, the corrections