i was struck, in watching HRC's joint interview with kaine, that kaine has totally mastered "i'm totally interested in this" face. 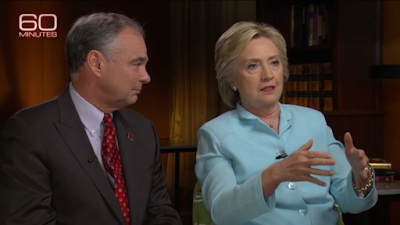 croftie and i used to talk about this all of the time in maph. about how attuned we were to what our faces were doing as we sat listening in class. it is a face i have subsequently honed in countless panels and public performances.

it is the face you make when someone else has the floor. but it is also a face you make casually, in the audience at a lecture, in a class, in listening to someone.

not someone you care about or are in a relationship in or have known since you were twelve. i'm not that fake. no, this is a face for certain professional situations. (though maybe also really bad dates?)

and the thing about "i'm totally interested in this face" is that it is closely related to "i've noooooooooo idea what you're banging on about face."

the possibility exists that "i'm totally interested in this face" is, in fact, entirely masking "i've noooooooooo idea what you're banging on about face." this, i find, is often the case.

i do not think it a coincidence that croftie and i were always discussing this in relation to academia. for i think it might be something central to academia.

in my former corporate life, i never once had to perform "i'm totally interested in this face." i don't even remember being concerned about the emotional incontinence of my face in that life. one could sit in endless, ill organized meetings and roll one's eyes at co-workers and all would be well.

but academia is all about a mutual affectation that we are all equally intelligent and have read the same books and know all the same words. it is a distinctly unsafe space in which to admit one does not know everything. there is shame attached to not knowing.

which seems ludicrous given this is a learning environment.

on some level, however, i knew this in grad school a decade ago. why it startles me now, i'm not so sure.

the idea that there are no stupid questions is a cliche i repeat to an alarming degree and one which i'm not sure actually opens up the floor for further questions. but given how often i have to google the definition of "discursive," i'm guessing there are maybe a lot of gaps in our knowledge we're not admitting. given how many times we all pretend to have read books we've not, our ignorance must be infinite.

what would happen if i let "i'm totally interested in this face" totally go and just featured "i've noooooooooo idea what you're banging on about face" as needed instead?

would it have any effect? would people stop speaking in jargon and actually say what they mean? would they think i was a moron? would they know i was american?

there was a moment during the week-long summer school devoted to a particular modernist writer when, after encouraging the students to ask questions and evoking the no stupid questions cliche, i modeled this. when people made casual allusions to texts i was pretty sure 90% of the room had not read and 65% had never heard of and i could feel the young minds around me cowering in shame, i asked for a one sentence description of the text that had been mentioned.

throughout the entire rest of the week, no student ever asked for a clarification like this, but doing it provided a moment of clarity. the realization that this could all be so.much.better if we felt comfortable enough in learning to do this and stopped nodding along and pretending we know it all.
by oline

Email ThisBlogThis!Share to TwitterShare to FacebookShare to Pinterest
filed under: "academics" in the UK, maphery