so this guardian post sums up the general mood of the room i was in. 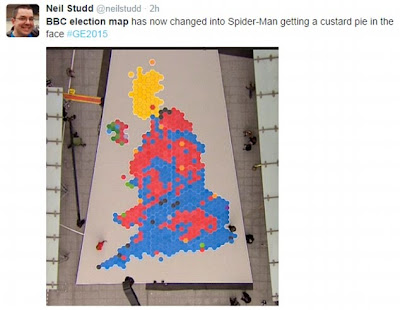 britain has been super britain-y since i got back, what with the royal kid, the general election and the 70th anniversary of VE day. i was in the middle of marks & spencer trying to find crunchy peanut butter when the 2 minutes of VE day silence was observed. and so, in the middle of marks & spencer at 3 p.m., jar in hand mid-way to basket, i paused. or tried to. after the all-nighter, about a minute in, the jar of peanut butter began to feel like a boulder and so i- discretely, reverently- slipped it into the basket and folded my empty hands.

the thing about watching the british election that was most striking was the fact that all of the contestants gather to hear the results. none of this "i'mma hole up with my supporters in a ballroom until we know" business. nuh-uh. everyone is out there. on the podium. in the town hall or the church or the high school gym.

imagine this happening in america... 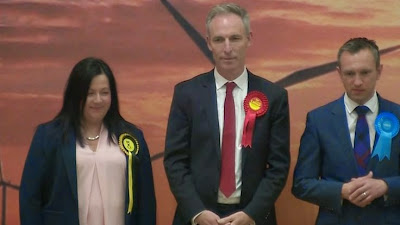 all of them standing up there with ribbons like it was the westminster dog show or a school spelling bee.

not just the republicans and the democrats but every single candidate- even the ones with two votes. because ALL the candidates in the race are present.

which means that, around 5 a.m., david cameron shared a podium with a man in an elmo costume. there was also a man in arab dress in the audience taking a selfie of himself giving the bird in front of david cameron, all of which was caught by the news cameras but which is lost in photos like this: 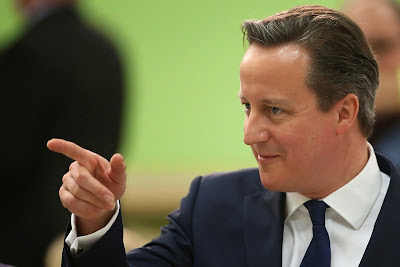 at this point, you have to know it happened and go looking for it to find evidence: 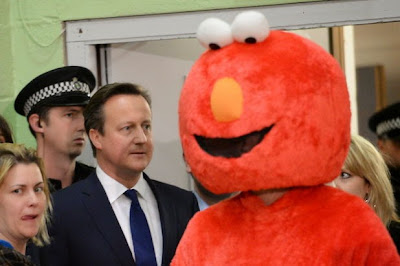 bo jo's defeat of the Monster Raving Loony Party and the Eccentric Party of Great Britain was slightly more visible and harder to cleanse from the record:

as was the dude running against milliband and whose hat was about four feet tall: 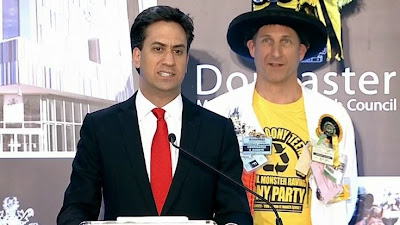 i was asked what watching the US presidential election was like and told the story of 2012, how the tamale guy entered the naked lady bar right at the moment obama's win was announced and our enthusiasm- after four rounds of gin and tonics- was equally divided between the two excitingments. but i have to say, the british election was surreal in a way that wasn't just the result of it all taking place between midnight and 6 a.m., though that was, of course, part of it.

at 2 a.m., in one of the announcing constituencies, the candidates were lined up in front of a full-scale shot of a british garden in broad daylight with the amaro instagram filter applied to it.

where are they? someone in the room asked.

a different time zone? someone else suggested.

how is it daylight where they are?

they replayed this clip multiple times throughout the wee morning hours and, each time, someone would be in the room who hadn't been in it before to be shocked anew by how bright it was in that constituency and how dark the night was where we were.

it wasn't until we heard the rumbling of the tube beneath us and saw the o.j. simpson low speed chase-esque footage of david cameron's sedan headed towards london via an untrafficked country road that we knew morning had broken for real and stopped drinking coffee.

and so i went home and skyped garebear- who'd apparently stayed up with debo until 11.30 p.m. watching the ITV coverage on C-SPAN and so i can now talk to my father about nigel farage and ed balls and we all know who we're talking about- and marveled at how all these people who'd been up all night were going to have to get together and form a government. without realizing that actually, no, first they were all to be at a VE day ceremony this afternoon and line up in surreal mimicry of last night. 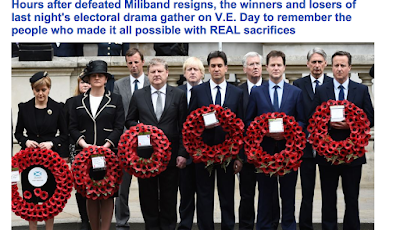 Email ThisBlogThis!Share to TwitterShare to FacebookShare to Pinterest
filed under: politics in the UK