here's the thing you need to know 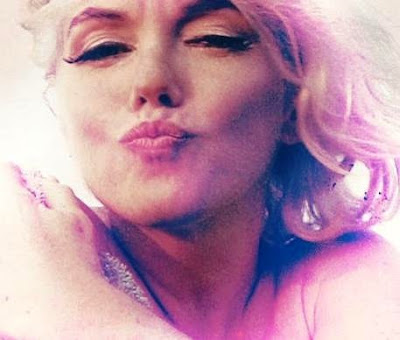 "my father had this girlfriend" was rejected twenty-two times.

that's a lot. that's a small orchestra of people that wanted absolutely nothing to do with her. only three of them responded to say so and, 750 words ago, even contrary magazine turned her down.

getting published is an exercise in ritual humiliation for which one must have a tough skin and a hell of a cheering section.

the philosopher told me this was a good story. last spring, when i sent him the 2009 version, he said he wanted more. in december, he brought it up again. he said i should write more and so i did.

in january, kj and lindear and i were snuggled up three to a bed in the hilton garden inn downtown chicago magnificent mile, drunk off countless rainbo whiskey sours, when i read "my father had this girlfriend" to them. they said it was good. they suggested i call her gemma faye.

i still remember sensei's face, in the naked lady bar four days later. he was across the table in the window seat where we were meant to always sit and when i asked if i was just spinning my wheels and being overdramatic,  he put his hand to his brow and said "my father had this girlfriend" was something anyone who'd ever loved more than one person could understand. he said, we all have a gemma faye.

we're randomly in washington d.c. at a cuban bar drinking sangria when a friend- who i'd never met but to whom libby had forwarded a link to my blog months before- mentions "my father had this girlfriend." i'd almost forgotten it, but i return to chicago, staring down a june 1st deadline, cut 750 words and submit it to contrary again because it's the only thing i have that's near ready.

a month later, k.clen- who has egged me on with breakfasts and the mantra of "FORWARD MOTION"- lets herself in my back door and finds me tucked over the computer reading the acceptance email, shellshocked by the prospect of the conversation i'm going to have to have with my parents.

my parents say yes. i honestly did not think they would.

"my father had this girlfriend" got published. which is great and all, but it feels thoroughly inadequate. because there should be end credits for published pieces. it's astonishing how many people can be involved in the production of a mere 497 words. subtract any one of these people (plus the twenty others i've not mentioned here) and there's just no way.

writing is portrayed as an isolated activity and it just isn't. it cannot be.
by oline