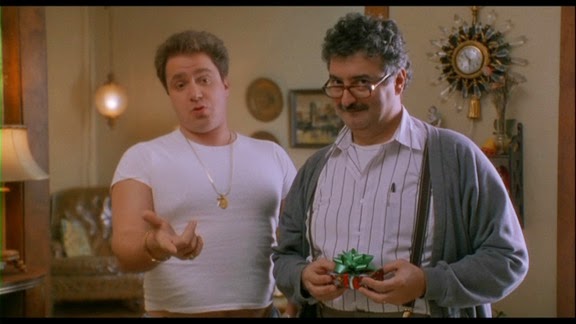 while i was in memphis over the holidays, dying away on the couch, we watched a lot of movies. one of which was while you were sleeping, because OF COURSE. it being christmas and all.

and, at some point, in my delirium, i said to debo, "i wonder whatever happened to joe jr..."

because the actor who played joe jr was kind of amaze and gave us some truly great work, non?

so i wondered if he was still acting and hoped that he was and went on about my life.

you guys, joe jr is EVERYWHERE.

no, really. i don't even remember all of the places, but there was some NCIS-type tv business. and then there he was on the good wife the other day. so either he's been working all along and i missed him and he's only just now appearing on things i actually watch, or else joe jr has had a careeraissance, in which case AWESOME. i think we need more of him in our lives.
by oline