last night i dreamed about steinem.

it's a small thing and yet provocative.

jackie's showed up twice (was it twice or thrice? i only remember 2 but i think it was 3) in my dreams in the last 20 years. she's always distant, cold. most of what i remember about the dreams is either the anticipation of her arrival or the instant after her departure. her actual presence has never been what the dream has been about.

in contrast, i interviewed steinem a month ago and already she's shown up. in an entirely different way as well.

is this the difference in meeting people versus seeing them from afar? does it change the dreams you have about them? the relationship you have with them in your dream-life?

it's not only conceivable that steinem could make me coffee for me, steinem DID make me coffee. so the dream wasn't just possible but a recurrence of something that has happened in real life.

it's also not too surprising that the dream would revolve around her making of coffee as that's how i've narrativized the experience. when people ask, what was she like? i say, she made incredible coffee.

because it's a good detail.

and because it humanizes her and- to some extent- me.

saying that steinem makes incredible coffee is, for me, a way of showing i've not got the big head. when i say that steinem makes good coffee, i'm trying to deflate people's expectations- both of her grandness and my own. (though, i realize, it could just as easily be interpreted as my being entirely too casual about a meeting with an american icon. because how incredibly braggy did it seem in the first paragraph here where i parenthetically testified to her coffee-making skills? and how incredibly reductive that, in coping with this brush with celebrity, i have to confine it to the realm of the preparation of caffeinated beverages? true story: she made me coffee because she could tell i was nervous, because i was.)

never mind that i'd not thought about her once yesterday, there she was.

but is that a lie? am i not always now thinking about her because her comments on public life have become integral to the way i see celebrity?? is she not now scattered helter-skelter throughout all of my notes? whether i realize it or not, it seems i now see steinem all the time... 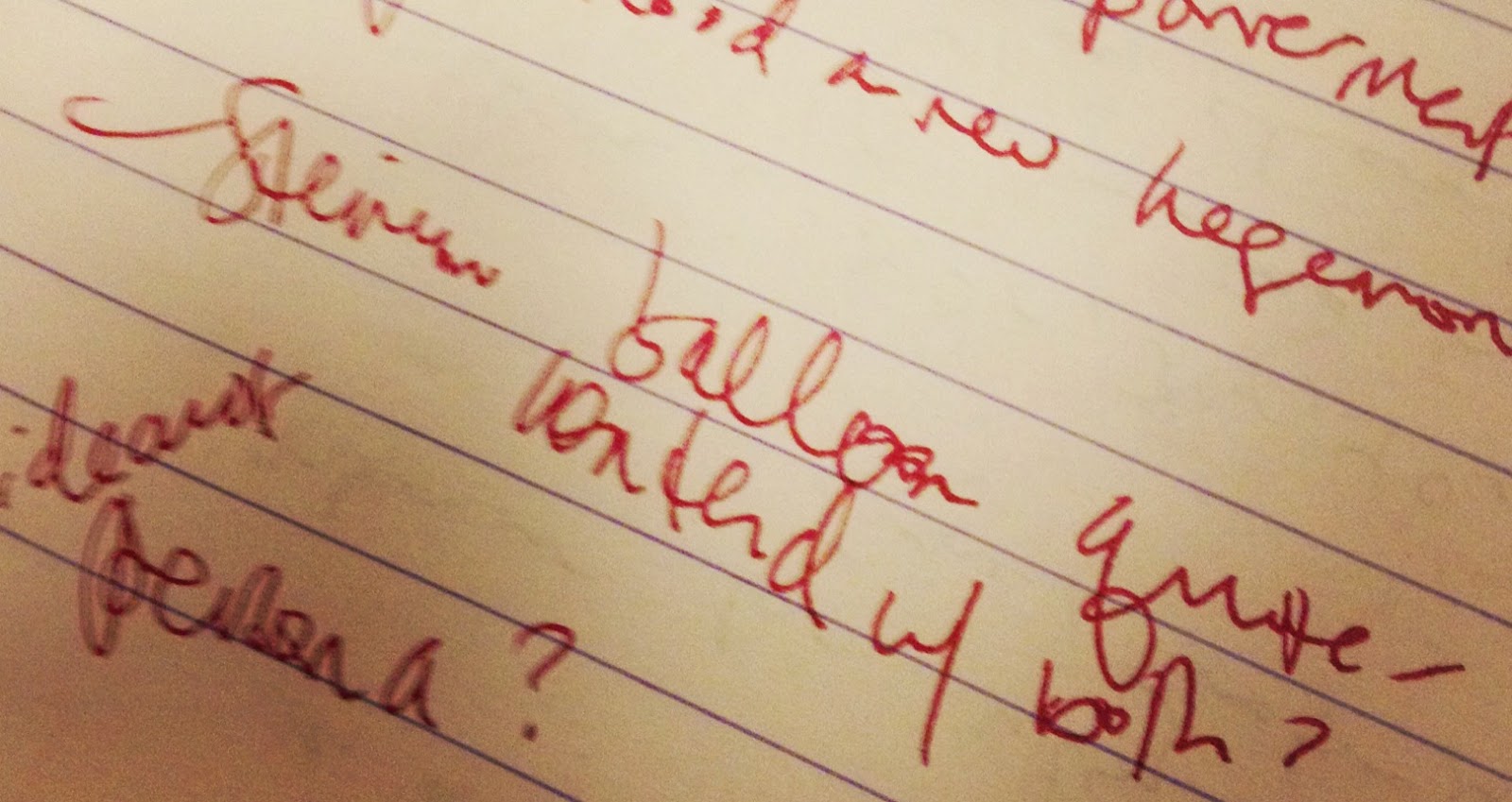 Email ThisBlogThis!Share to TwitterShare to FacebookShare to Pinterest
filed under: steinem