0 there are details i do not remember 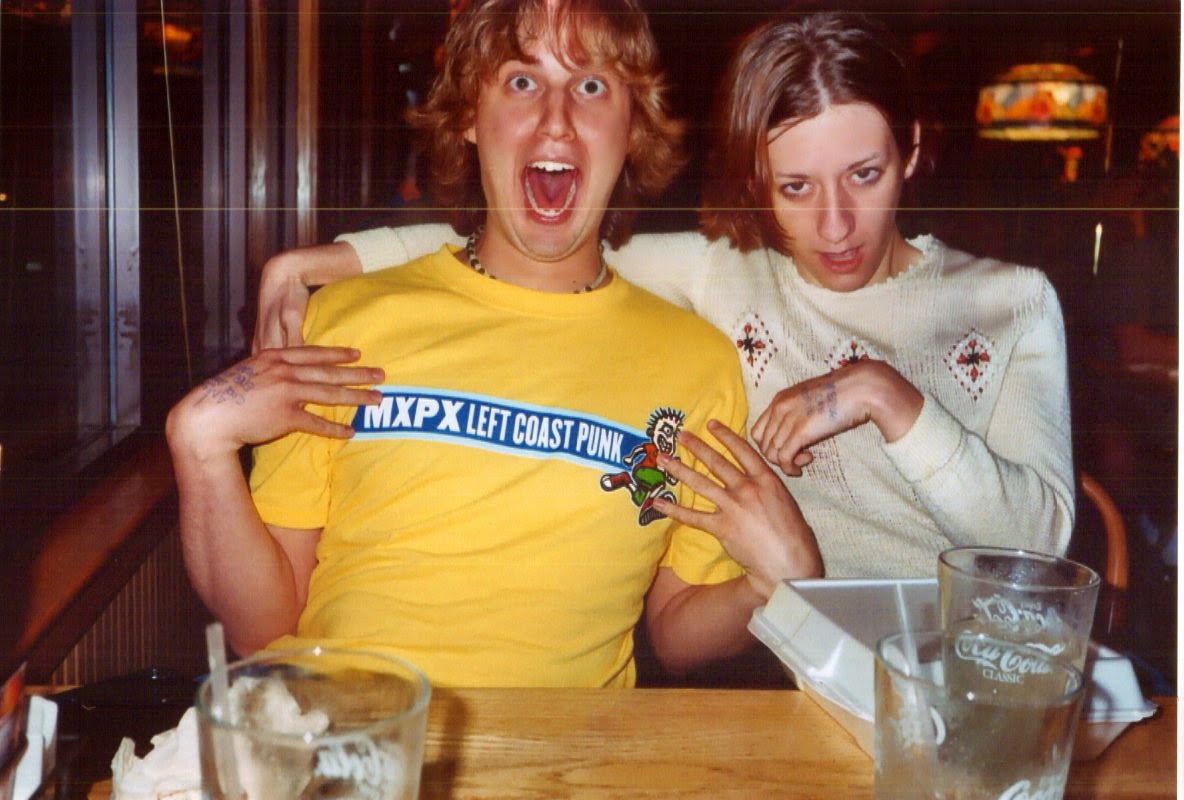 there are details i do not remember and it feels like a betrayal.

but i do not remember when it was.

just that i was 21 and it was spring and summer was coming and i was about to graduate and so many things seemed to be converging and placebo had just released a new album.

the song was "centrefolds." i've not listened to it in at least eight years.

the other night it came up at random. that song. and then suddenly the little that i do remember surfaced.

and what i remember, the all too tiny bit that i do remember, is that i was driving behind him. in my four-door gold 1997 mazda with the cigarette burns on the ceiling that my parents and i'd not noticed because we bought it in the dark. driving down whatever that main strip of starkville is (which i also cannot remember), past the stadium, on to campus.

except that wasn't what we called it. it didn't have a name.

The First Night was the first time we hung out. the evening of the afternoon when he asked me to help him study for the english class we were both in. even at the time, even in the three years where we were "just friends", we referred to that as The First Night. as though it were something that, even in that spring of 2000, were somehow historic.

this wasn't that night. i wonder if it was maybe the night that we went to see view from the top and wound up sitting in the cinema parking lot on the back of my mazda's trunk, talking for hours. did we stay out all night? did we go to walmart? did i drive home behind him and then go directly to class?

it was march, that i know. but i remember very little else except for a comment about how he would be sending me mail in chicago with hearts on the envelope. and the fact that i broke up with my boyfriend the following day.

and we didn't get together on april 1st because that was our "sonic anniversary" (in commemoration of the first time we went to sonic together as friends in that spring of 2000). we waited until the following night to become official, for the sheer convenience of staggering the anniversaries.

it's a problem of story-telling. this loss. this death. it is a story i still do not know how to tell.

what we were. what we became. him. his absence.

i tell stories. and yet there is within that a dependence upon other people to remember their half. in relationships, we instinctively delegate details. and so, as a writer, i experience loss as a robbing of sorts. through his death, i've been robbed of half of my own story. and of him.

he was supposed to remember.

he is no longer here.

there are things i will now never know for certain.

placebo's "centrefolds" means something terribly important to only me. it was playing. i was driving behind him. the sun was coming up. and, even at the time, i was aware, i must remember this. this is special. this is key. this is a story i will later need to tell.

that is all i know. there is no more to remember.

it's a story i'm telling now lest i forget the little i know.

loss isn't easy. it goes on and on. even if you're just an ex-girlfriend, just a friend who kept a friend company as he drove from denver to jackson. there are still moments, songs, half-forgotten things, jokes no one else will ever get that rise to the surface to evoke an ache that will, likely never be relieved.

i do not know what to do with that. only that it is.