so yesterday was THE TEA OF TERROR. in the end, not so terrifying, despite its requiring a morning of mental anesthetizing via caroline in the city and a solid half hour to coax myself out of the door. but out of the door i went and into the living room and onto the couch of the last jackie biographer, who liked my boots that were bought at tj maxx.

i, as you probably know by now, am always looking for narrative serendipity. the ways that stories come together so that you're like omg, but OF COURSE.

i'm often asked why i've come to london to write about jackie and the answer, thus far, has been that i had no idea but that it has wound up giving me an enormously valuable perspective- that of being someone outside of america- from which to write.

which isn't an entirely an explanation so much as a benefit.

and which reveals absolutely nothing about why i actually came to london.

that is because, a year in, i still do not know why i have come to london.

how funny then, how clever of the organizers of our universe, if it was for this. this tea. this person. this high priestess of jackie whose ring i have now- metaphorically- kissed.

she lived in the neighborhood where i briefly lived when i first moved here. a neighborhood to which i've not really been back since february of last year.

when these things are over- these heinously dreadful anxiety-inducing research/social situations that have all, to date, gone outrageously well despite the terror then evoke- i usually take a massive walk. across the national mall or along the coast in newport or all the way back to the train station in chatham.

it's a time to be present. to process what has just happened and to sort of emotionally file it alongside all the other things that have happened in the last five/ten/twenty years of my life of writing about this woman.

yesterday, i walked through brompton cemetery, which was in full bloom and beautiful, and along earl's court road through kensington. and then i walked home, grinning like an idiot as the sun set. 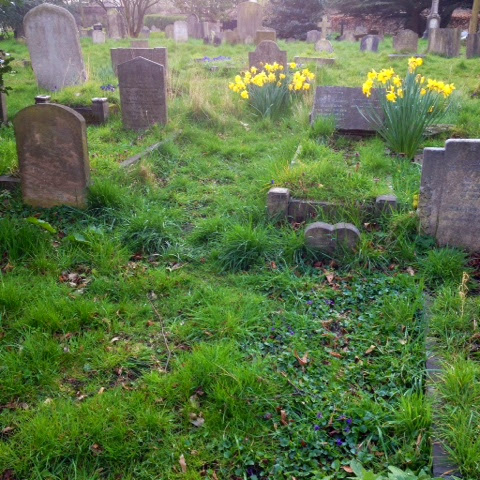 Email ThisBlogThis!Share to TwitterShare to FacebookShare to Pinterest
filed under: adventure in the UK, biogrophiled