london was GORGEOUS. around 2/2:30, when the clouds came down and the sun came through and there was a wind whipping up but not so much so that it would blow the contacts out of your eyes. gorgeous.

and so, because it was beginning to feel like i'd not stretched my legs for a month, i went out for the long long stroll from hammersmith up to kensington high street through kensington gardens and hyde park and up bond street into soho and bloomsbury to senate house. a stroll punctuated by a sighting of duchess kate avec le bébé royal (the shininess of her hair is for real, ya'll), a brief wading through a bog which got pond water up to my knees, a nearly overwhelming feeling that i am so terribly lucky to be where i am, and concluding with an enormous macaron at paul over tea with SZH.

a friend of a friend recently moved to london and her facebook page yesterday was all about the sun. the surprise that there was sun in england and that everyone who'd told her there wasn't any had been wrong. is this the fundamental delusion that americans have about england? that it is the darkest, grimmest place on earth?

over holidays, mr. lindear asked me what my favorite thing about living in london was and, in all honesty, the thing i first thought to say was the light. because it's different here. the clouds hang lower. the blue is of a different hue. and the sun gets through at angles i've never seen anywhere else. this coming from someone who pays an inordinate attention to skies and clouds and looking up, and so i know of what i speak.

it's a surprise. to english people apparently too because whenever i mention how much i love the light of their land, they're often vair vair what huh? and i'm all floaty flower child sounding trying to win converts to my belief that their own country has some of the most interesting skies on earth. 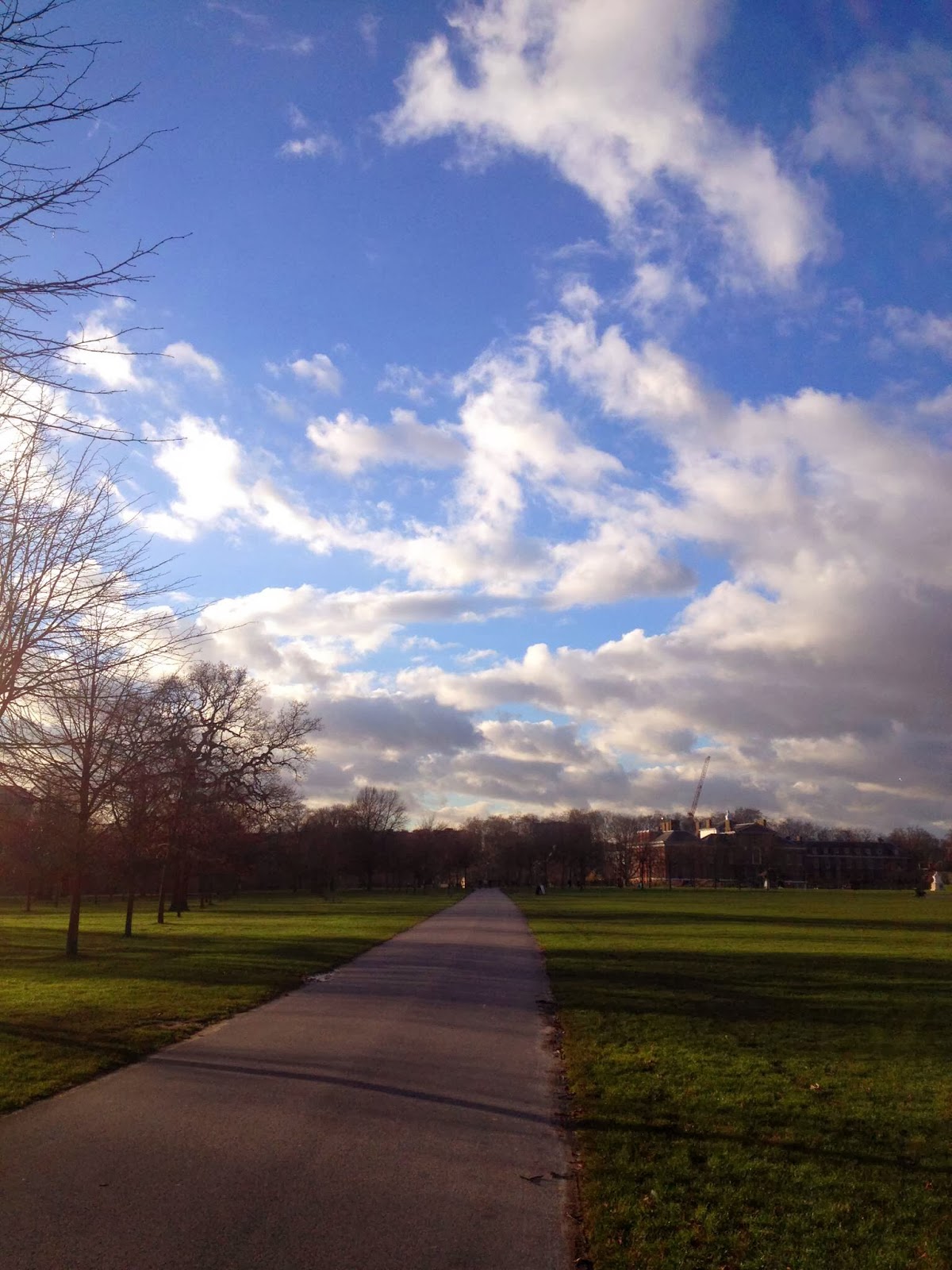 Email ThisBlogThis!Share to TwitterShare to FacebookShare to Pinterest
filed under: la royale, oline in the UK

I covet your stroll! and I love the description of your wind, followed by the word "gorgeous".

Also... did you see Duchess (and I keep wanting to type that as Dutchess) Kate while she was out shopping?