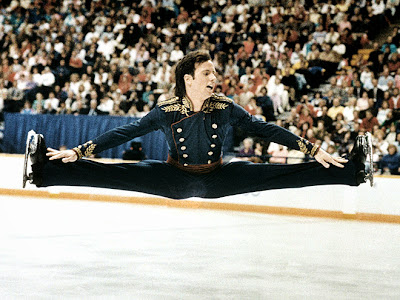 longest week EVAH, ya'll. omg. and it's only wednesday. fortunately, the bits that made it long (supervision and a seminar i was in charge of and about which i created much needless anxiety and emotional turmoil but which, ultimately, went quite well in spite of a fire on the picadilly line [things you never want to hear whilst on the underground: 'it appears we've smoldering on the tracks...']that necessitated the taking of my first london taxi) have been weathered so now it's just a matter of percolating thoughts from monday's supervision and turning mine eyes back to jackie after a two week break away from her.

have you read this? i'm kind of obsessed with it. particularly this bit:

'It is, perhaps, essential to life to think that we know where we’re going when we set out—our politics and plans alike depend on the illusion that someone knows where we’re going. The cold-water truth that the past provides, though, may be that we can’t. To be a passenger in history is to be unsure until we get to port—or the lifeboats—and, looking back at the prow of our ship, discover the name, invisible to our deck-bound eyes, that it possessed all along.'


this article on figure skating dramaz is also amaze. as k.nord pointed out, for a sport where the emphasis is always on being perceived as dainty, skating sure does rock a street vibe.

speaking of figure skating, how does one watch the olympics in a foreign country? i ask that from the practical side of someone who has no TV but also from the emotional aspect of 'how can i know who to root for without NBC's heart-warming team USA bios???!' presumably the british broadcasts will not be limited to team USA, obligatory shots of competitors from the host country, and a smattering of people of other nationalities who are top in their field. presumably the british broadcasts will feature an unusual number of british people doing things. as though the olympics weren't primarily a showcase of american talent. can you even imagine?!?!

my one consolation here is that maybe they screen the olympics in pubs. in which case there is the possibility that my consumption of the figure skating competition could go down over pints with a pub crowd, which somewhat makes up for the fact that johnny weir won't be commentating the whole thing.

Email ThisBlogThis!Share to TwitterShare to FacebookShare to Pinterest
filed under: reading in the city, the cutting edge