So, in weird things…  we’ve arrived at ‘twenty years ago today’, an episode that i’ve already 1/4 recapped before. so let’s do the 1/4 this week and the remaining 3/4ths next. the weird thing is that my prior recapping of that 1/4 makes absolutely no sense, as you’ll see. so if you’re thinking this is the most wackadoo episode ever organizationally, it isn’t. it’s just  my recapping that’s wackadoo. alright? admin over. here’s what i wrote a year ago:
next week: the triumphant return of patchworkpants and The Fall of Dealing With Last Summer’s Betrayals. this week: a quick flashforward to 90210: the college years, which brings us to this question… hey, do you remember why we’re here? why we’re solving problems with 90210 in the first place? it’s because there are fundamental differences between the television programming of the 90s and the television programming of whatever decade it is that we’re in now (the teens? the twelves?). the primary difference being that in the 90s, television tackled big issues while today, television- by and large- tackles jackshit. my only proof in support of this hypothesis is the fact that every single episode ever made of gossip girl has revolved around the throwing of a party. (no, really. go back. watch them. every. single. one.) what further proof can you possibly need?
in contrast, shows like saved by the bell and 90210, while admittedly fluffy/melodramatic/cheesy/[insert derogatory adjective here], actually managed to tackle their fair share of important stuff along the way. and so we have the sbtbepisodes on drunk driving, drug use and homelessness, and the 90210 episodes on abstinence, condom distribution in schools, school districting, gang violence, kidnapping, custodial issues for divorced dads, bigotry, post-traumatic stress, the treatment of veterans post-war, pregnancy, abortion, hazing, inter-racial dating, cocaine addiction, mental illness, virginity, AIDS, drag racing, election fraud, drinking policies at proms and the proper etiquette for the negotiation of record deals (seriously- this list is infinite, there is not an issue of the 90s that 90210 did not touch).
whereas gossip girl just leaves us wondering if chuck and blair will ever be together and who gossip girl is, 90210 asked the really really important questions… 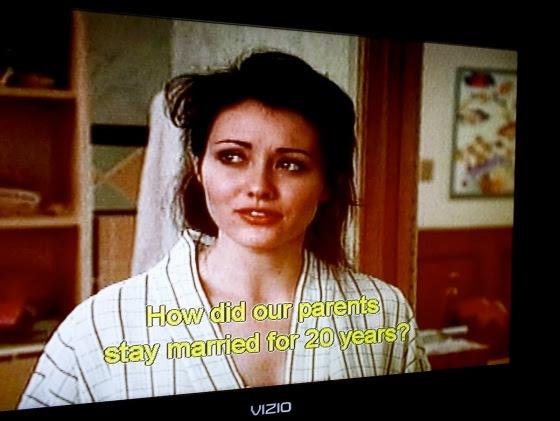