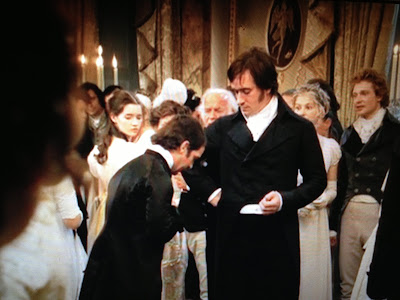 so i'm not an obscene person (i don't think). like, my sentences aren't typically laced with curses, unless need be for impact or sheer ease of meaning. because sometimes there are times where curses get the job done. and, at those times, i will curse. other times? meh.

but the thing i'm noticing about my british life is that NO ONE curses in it.

i mean, the americans do, obvi, but not anyone else.

the other day, in conversation with a british person, i used the word 'ass'- not even as a noun, but in the adjectival (the most chaste!) sense- and felt it land with a thud into the conversation, detonating this internal melodrama of 'ohmygod, was that too american? did i just offend him? dear god, what have i done?'

'ass' had been my PG alternative to 'dick', which probably would've lead to an even greater internal strife, so at least i had the advantage of having fouled with the lesser of two evils. still, this is odd, right?  that i should feel uncomfortable over having used such a benign word as 'ass'?

so there are very few curses in my life these days. i'm not even quite sure how this is possible, as i'm mixing among a fairly wide range of nationalities and ages. you would think the odd 'fuck' would fly every now and again. particularly as british film is chock full of curses.

have we been mislead? are the british secretly a people of pure mouth? are we americans, unawares, totes vulgar?

well, yeah, we are. but i thought that was because we eat big macs and are friendly and carry our cell phones clipped onto our belts. not because we curse.

it's terribly puzzling. and maybe someday i'll suss it all out, much like how i eventually figured out that at garden parties one needs to be formally introduced to people and not simply sidle up to a group and join the conversation.

until then, until it's been properly sussed, i'll just keep calling steven once a week and cursing a blue-streak.

in conclusion, in things i am slowly accustoming myself to being unashamed to admit: the longer i live abroad, the more my sympathy for the character of mr. collins increases. because there's so very much to bumble. so very fucking much shit to get damned bloody awful rotten wrong.
by oline

Email ThisBlogThis!Share to TwitterShare to FacebookShare to Pinterest
filed under: communications in the UK

If I may draw upon my British colleagues here, I'm pretty sure they're cursing, but they're using different words that you don't yet recognize as such. My two cents, anyhoo. But oof, bullocks.

i'm afraid we're not even to that point yet. there may have been one instance of 'tosser', but otherwise it is straight up G-rated over here. i have, however, noticed a general acceptance of the word 'retard', which i haven't heard in polite american company without the general intaking of breaths since the 1980s. so maybe that's the current fave swear?