as you can imagine, the daily mail is in fits ...

first, we learned it melted a car.

(plus the added fact that it can fry an egg.)

then we learned the dude who built it apparently has a history of building buildings that scorch the earth around them... 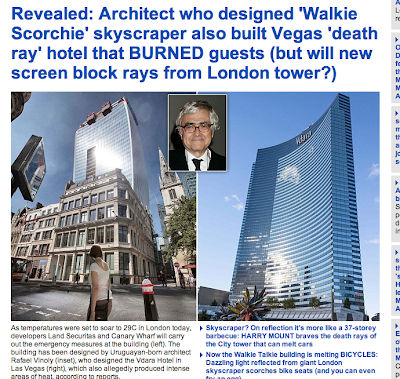 this bicycle seat for instance ... 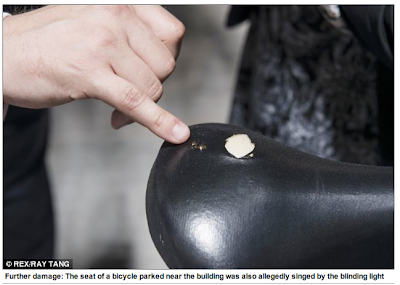 which seems downright dreadful until you realize that the burn-related damage was so insignificant compared to the seat's prior non-burn-related damage that someone had to stand there pointing at it whilst the picture was taken so we wouldn't mistakenly think the more significant damage had been inflicted by the building's death rays.

that's not to make light of this. there are severe economic implications:

while that's a very fair point about customers not coming through the door if there's a fire (because, yeah, no, i wouldn't), i can't help but feel like maybe the building is being blamed for various misdeeds for which it may not be entirely at fault.

to keep things in perspective... THIS: 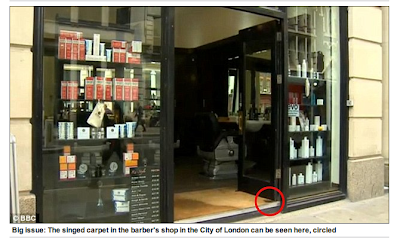 Email ThisBlogThis!Share to TwitterShare to FacebookShare to Pinterest
filed under: dramaz in the UK