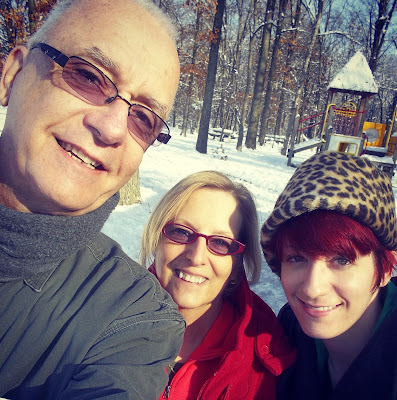 i write a lot about my family's _________ (quirks? familiness? strangeness? snobbishness? eccentricities? being totally wackadoo?).

the elitism. the occasional babytalk. the collective we. AROUND THE WORLD. 'have fun storming the castle' and, of course- everybody's favorite!- 'i smell that smell' (which, aside: when called upon to identify 'their song' by some friends, all my parents could come up with 'i smell that smell', which now also my father has had translated into italian so it can be sung at his funeral by andrea bocelli [btw, that is not a story. it is a TRUTH.).

in some respects blogging here is an only child's effort to preserve familial memories, and to pass them beyond, so that when my parents die, i won't be left alone with all of these things. the people who've read what i've written will be with me and some day in the far off we'll all be sitting on a veranda with mint julips in our hands and collies at our feet and when i ask if you want another 'drinkie-pooh' and respond to your news that your daughter's just married a marine biologist with the inquiry of whether he'll be taking her AROUND THE WORLD, you'll actually know what all that means rather than assume i've had a stroke.

language is a huge part of this, as one would expect from a family of artists of mixed promise. our conversation is riddled with so many silly things we've been saying for so long that nobody knows where they started. and such is the case with 'fambly.'

i think i remember that 'fambly' started when i was an obnoxious teenager and we would be going somewhere and, because i think being on time means being 10 minutes early, i would be ready 10 minutes before everyone else, at which point i would stand at the bottom of the stairs impatiently calling out 'FAMBLY!!!' as though the preciousness would lessen the obnoxiousness and as though such a thing would ever hurry anyone along.

but such things stick. at least in my family. we are like one of those adhesive strips stuck over the door to catch bugs. except we accrue traditions and nonsensicals instead of insects.

i also think 'fambly' arose during my embarrassing experiments in punnery phase, a time when i would say 'lettuce leaf' instead of 'let us leave', and think that was truly funny.

i'd actually kind of forgotten about all of this- or at least not consciously thought about it in a long long while- until yesterday.

there was a hurried phone call where it was late at night in england and late in the afternoon in memphis and i was rushing to bed and my parents were rushing to dinner. my mother said her day had been difficult. in the background, my father- whom i'd not spoken to in a few days- shouted proclamations of love. amidst a raucous burst of farewells and love and rushing, my dad exclaimed 'LETTUCE LEAF!' just as my mom said, quietly, contentedly, 'i love our fambly.'
by oline