1 let's do this again 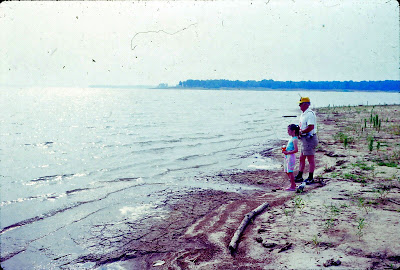 i realize now that, since i was a little girl, i was waiting for joe to die.

i have always known that he would leave.

we were close. i know that. i just don't remember it.

i wanted to shield him from that. i didn't want him to know i was no longer who i was.

we were close. i know. i just don't remember.

this is the problem with intellectualism divorced from emotion. without the emotion, knowledge lacks value. in feeling there is comfort. i feel nothing.

sitting at that orange table in the cafeteria of the north mississippi medical center, that jello cup between us, the tears in his eyes.

the note he left on my paint-by-number encouraging me to keep it up because i was capable of great things.

the tin of planter's peanuts between us in his old blue van, our hands taking turns dipping in.

the rough upholstery of his chair, with the arms worn down.

the incredibly tacky sign i made to decorate his hospital room when he was sick- the one really bad time before the really really bad times- with christmas bows and a scrawled GET WELL SOON PAWPAW.

when he went home, he hung it on his closet door.

when he died, the first thing i told my father upon landing in memphis was that i could not bear to see that sign.

when i was at their house, i did everything in my power to avoid going in that room because of that sign.

the one time i went in, mercifully, the door was open and the sign concealed. i threw up in relief.

that door, that ridiculous sign, those bows, hurt my heart.

but, you see, these aren't even memories! these are stories, narratives, a working around. my brain does this. it mediates everything, turning everything concrete, like a narnian turned into stone by the white witch.

my brain is a white witch.

in therapy, i tried to explain it. because it became evident fairly quick. she said, 'you tell stories.' i said, 'i know.' because i cannot face things dead-on. even right now, i am not facing this dead-on. i'm writing about it. because writing is easier, writing is a filter, a distillation, a crystallization.

stories are the path i build from which to observe the places i cannot confront.

he fell at christmas. when everyone went home and i stayed behind an extra night to spend some quality time with joe and burvil. he fell. i'd gone to the bathroom and he got up to put a blanket on burvil, who had fallen asleep, and his foot got caught on the blanket and he fell. i came back in and he was on the floor. burvil was standing over him.

i remember that it was deadly silent. i remember thinking he was dead. i remember the lightness of his hips as i squared them for him so he could get up. i remember, in the face of his fragility, being ashamed of my strength.

he fell during a commercial break of the abc family movie we were watching starring joey lawrence. i remember the enormous relief we expressed, once everyone was back in their appointed places, upon realizing that all of that had occurred during the space of a commercial break. we had not missed a single minute of the movie.
by oline

Email ThisBlogThis!Share to TwitterShare to FacebookShare to Pinterest
filed under: joe, loss in the city, the family forward

I feel like I'm forgetting the sound of my brother's voice and it pains me.