there's a bit of a carroll cloar craze in memphis at present, with exhibitions and talks going on all summer at the university and brooks art museum.

so there's all these events and all these canvases they've not seen and my parents are, basically, in heaven. a heaven where they circulate with snotty art people who don't speak to them but a heaven nonetheless.

because we love us some carroll cloar. 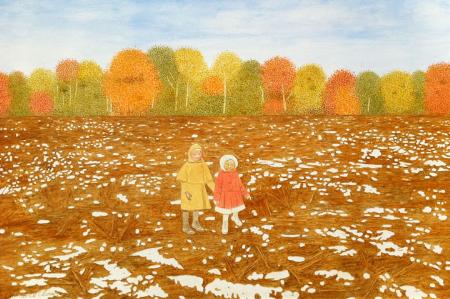 my parents big 'can you believe we almost did that?' moment of the 80s is that they almost invested in a painting by carroll cloar. like, they contacted his agent, began negotiations and made it as far as being told that, if they did purchase one of his paintings, they would have to meet with him because the artist always wanted to know the people who had his work. and then they backed out. because it was $6,000. which is a lot of money now and a lot more money then.

so they didn't do it.

something that occasionally comes up in conversation, though not really as a regret but more as a road not taken. a gentle pondering in the direction of 'oh, i wonder how our lives would be altered by our ownership of a carroll cloar.' 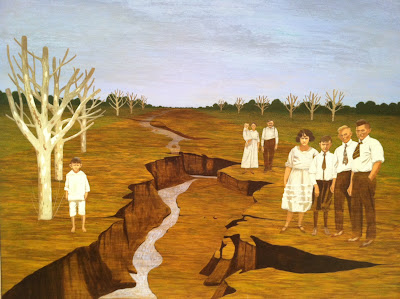 they did, however, meet him once. they were at an art gallery on a date. my dad moved around to look at another painting whilst my mother stood looking at a cloar. cloar, who apparently loved to ask people what they thought of his work and stood lurking around the galleries to witness it's impact, came up to debo and asked her what she thought.

remembering this story now, she doesn't remember what she said in reply. she does, however, think he spoke to her because he thought she was cute, not because he cared what she thought of his work. 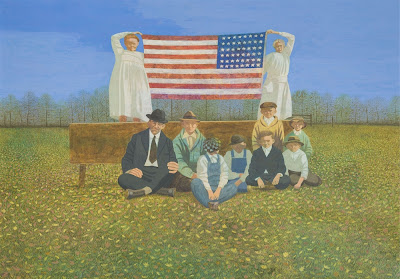 my first memory of carroll cloar is probably around the time of when he died, because the first thing i remember knowing about him is that he shot himself, a fact that i vaguely connect to the pink palace, which probably means it was being relayed by my father to whoever else was in the car (joe? burvil? debo?) as we passed the place where carroll cloar was known to work.

i don't remember hearing the story of how my parents almost bought one of his paintings until way later, though it's likely that it was relayed then too.

gradually, i connected the story of the man who shot himself to the signature at the bottom of the prints that were all over our house. 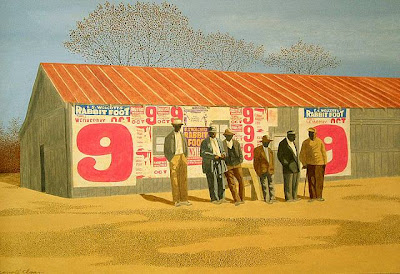 having gone to all these exhibits and lectures and whatnot, debo and gary are- as is typical of my family in our enthusiasms- excessively gung-ho. and more than a little annoyed.

because, for all the stories they've heard about cloar over the last few months, they've all been coming from art historians, all focused on the art. what they have not gotten, says my father, is a sense of the man. 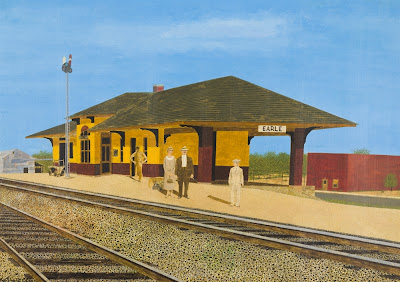 i can't tell if it is a testament to the career i have chosen or a broader indicator of the way my family thinks... the fact that my parents have decided i need to write a biography of carroll cloar. the fact that, in the absence of the story we want to read, our first thought is that we need to figure out how to tell it rather than waiting around for others to come along.

(also, i need you to know that in the midst of this conversation, debo literally does time-out hands and says, in a tone of massive pride, her face practically beaming: i'd just like to point out... what other families do you know that skype on a saturday night and spend half an hour talking about art history?)

but he's into all of the things you are, bearoline! says my father. watermelon! quilts! dead people! CEMETERIES! and he was a writer too! 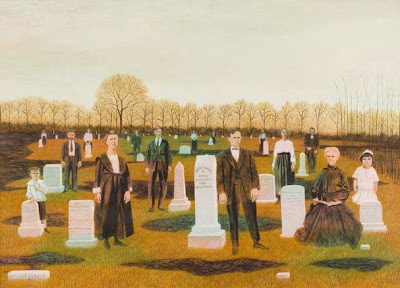 we're talking about this for a considerable amount of time, wherein my mother- coming at it less directly than my father but mounting an equally persuasive argument- notes that the thing that fascinated her about cloar is that he had a choice to be a writer or a painter- he was equally talented at both- and he CHOSE to be a painter. and CHOICES are so interesting, don't you find? and all these art historians, they don't seem to care about him at all, AND they just dismiss all of his later work! the work we love! IT IS LIKE THE DO NOT SEE WHAT WE SEE!

it is to my mother's advantage here that she is the primary sounding board for the development of jackie day-to-day. as a result, she knows every single one of my buzzwords. every. single. one. and so she couches her persuasion in terms of misunderstood stories and undervalued work. 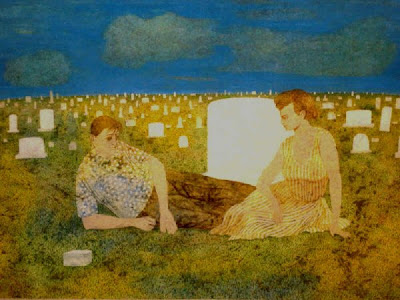 my parents are caught somewhat off-guard, however, by the fact that most catches my attention. that carroll cloar saved everything and that the archives are enormous.

casually, my father says, you know if you're ever stuck here in memphis for whatever reason, some disaster or something, it's all right there. you could do it just to kill time. 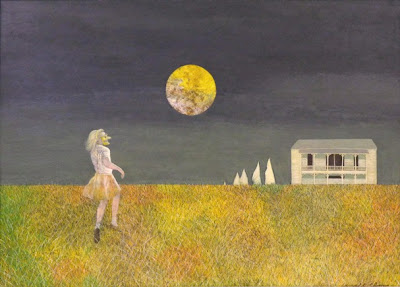 Email ThisBlogThis!Share to TwitterShare to FacebookShare to Pinterest
filed under: her home is on the south side high upon a ridge just a half a mile from the mississippi bridge, the family forward