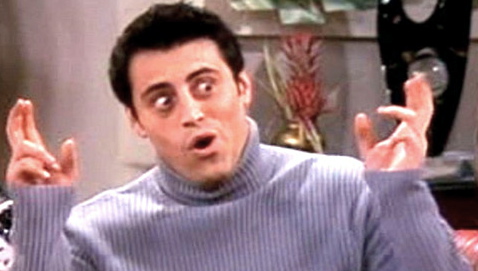 'i think it's too soon to make light of the mass murder of the indians.'

'he'll fit perfectly into somebody else's romantic comedy. just not yours.'

'it was like mighty morphine power rangers meets anime and anything asian.'

'he's finding himself... and he's found himself in texas.'

'i won't dismiss his talents as an actor, but he doesn't make the breeches look as good as colin firth.'

'i am not on madison's timeline.'

'he told me he liked my shorts, which was weird.'
'especially when he was wearing a skirt.'

'i especially like that they described the clothes they were wearing in the pictures. we could see for ourselves.'

'i feel like that may be something isolated to (fat) America.'

'so, are you on hiatus from meat?'

'can't figure out if this is a british thing or a biographer thing.'

'i guess there is a little leeway in nudity for newborns.'

'butterfly friends should not be in your life all the time.'

'i can't tell if the royal baby electricity is all in my head or actually here.'

'can you borrow someone’s snake for a few days?'

'it is like she is resting on the front of my pelvis, and trying to grab for the door with her hands.'

'i feel as refreshed as a big, farty person can feel!'

'they are a pale people.'

'i’m not making a short joke here, but he was kind of trolling you.'

'here is how you respond: "unless you're talking about my plans to watch the wedding episode of donna and david on 90210, i'm afraid you will need to check elsewhere for something like that!"'

'british pies all involve meat. there are all these pie shops and it's just terribly wrong.'
'that sentence just negated all the glamour and jealousy of british pastries and teas. if they can’t do a tasty fruit pie… what is the point of anything???'

'...as opposed to those times i read the wikipedia bios of all of the characters on ER just for fun.'

'i was going to mount a lengthy defense of the cuc...'

'who are we kidding, just the thought of PIZZA is romantic.'

'how do beauty people know so many TRICKS??? and what did people do before youtube tutorials?'

'who wants to poot on the red carpet to smurfs 2? no one, that’s who.'

'but maybe i do not know the british flag. it is the one that looked like that one spice girl’s dress, right?'

'i don’t trust a man with that pretty of eyebrows.'

'oh, and there was coca-cola cake. it was a beautiful thing.'

'it's the last time i’ll be home for that long of a stretch without injury, surgery, or retirement.'

'i didn't realize this was such a blow job book...'

'we couldn't possibly do hard drugs. we're allergic to pineapple.'

'which is sad, because i thought he’d been rehabilitated.'
'as lindsay lohan has taught us again and again, rehab doesn't always equate to rehabilitation.'

'whenever we talk about my love life, it sounds like we are waiting for the messiah.'
by oline

ha, and I just sent you another email making fun of another man with pretty eyebrows! is this my theme??