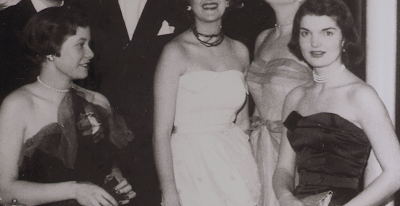 (1) orlando by virginia woolf.
(2) the mind of the south by w.j. cash
(3) gone with the wind by margaret mitchell
(4) a woman named jackie by my nemesis c. david heymann

(question: is a nemesis still your nemesis after they've died? can nemesisness carry over into the afterlife?)

ok, so four things. and the work of my nemesis is what i'm reading most.

and so, because i've already read the only jackie book available at the library and because c. david heymann's was the first real (ie. full life) biography i ever read of her, i ordered what is now the fifth of copy of this book that i've own.

i've spent the last six months trying to articulate why i think jackie is significant in american life and in my own. what about her appealed to me initially and drew me in.

finally, after much soul searching and three assignments, i landed upon the bold new idea that i was attracted to something i'd apparently sensed in her but never articulated: her ambition. something no one had ever mentioned before, i was certain.

so i'm flying along through this book (that is the great advantage of re-reading a book you've read a thousand times telling a story, the citations of which you've basically committed to heart: SPEED!) by my nemesis, going along my merry way when i come to a full stop at this quote by some debutante friend:


'they were different in so far as jacqueline had far greater aspirations than her mother. she never wanted to be an ordinary woman and attend fundraising affairs. from the beginning she was enormously ambitious. in her way one of the most ambitious young women i've ever known.' (pg. 66)

i always say that biography matters. and that the first biography you read of someone will shape your view of them forever, quite possibly, permanently fixing it into place. i always say that, but given how completely staggered i was to see how thoroughly this biography by my nemesis shaped my view of jackie we must conclude i generally believe i'm full of shit.
by oline