0 a tale of two things 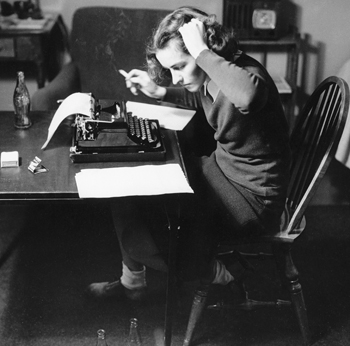 i'm working on this statement for a scholarship. it has a limit of 5,000 characters including spaces.

btw, nothing can be answered 'in-depth' in under 5,000 characters including spaces. especially not five questions requiring a detailed explanation of one's research, methodology, hopes and dreams, and contributions to the existing field, the department, the centre, and the school. just an fyi.

at the absolute very least, spaces should not count.

i'm also working on my next assignment, which is the writing of four different versions of one set of facts, in an effort to pin down how the truthy bits of the jackiebook might be written.

it's been five months. patterns are emerging. here's how it goes:

right now, we are at the very tail end of week two. however, this go-round has been messed about a bit by the fact that this scholarship statement debacle has occurred smack dab in the middle of my traditional week of panic.

(i'm realizing i have a lot of waterloos... this is likely inherited from my father, who sees most everything that ever happens as the obvious beginning of the end of the world. or else, as a child, my perception of the world was dramatically impacted by napoleon's defeat.)

i have been slaving away on these FOUR PARAGRAPHS since may 22. you guys, it is now a whole other month! my supervisor has now seen the scholarship statement FIVE TIMES, which is just plain ridic.

mind you, things have got moved around so much and condensed and re-condensed and moved around again, so that everything has been rewritten at least ten times by now and i have, in the end, done a massive amount of work to wind up with these four measly paragraphs, but still.

working on this yesterday, i kept grabbing my hair in disgust, internally screaming, why is this taking so freaking long? why can i not write this? what am i doing here? WHO AM I?! why do i not have research questions?! WHY DO I HAVE SO MANY WATERLOOS?!?!

there's a reprieve that comes, in the moments after sending things to other people- to my mother, to my supervisor, to lindear, k.clen, and KBG- for review. in handing something over to them, i am at liberty- for however long it takes them to get around to reading it- to do something else.

and it was in the midst of one of those reprieves yesterday that i sat down old school style with a pen and a piece of paper and, in 45 minutes flat, scratched out two pages of prose that will, i immediately knew, comprise nearly the entirety of the second version of that one set of facts written four different ways for my next assignment.

in the midst of things that are hard, there are words that come easy, and thank god for that. i've enough waterloos for now.
by oline

Email ThisBlogThis!Share to TwitterShare to FacebookShare to Pinterest
filed under: £££ in the UK, dissertating