'It was 46 years ago today (March 12th 2013).....at the age of 19, I flew from Travis Air Force Base in California to the 90th Replacement Battalion, about 30 miles south of Saigon, United States Army, Republic of South Viet Nam. My memory of names and places has grown so obscure, that I cannot even tell you the name of our Advisory Team location, nor do I spend a lot of time thinking about my time in country. One of the last things my Father-In- Law did for me before his death, was to finish scanning my slides of Viet Nam, a very, very, generous act. As my daughter has been asking questions for some time about the war, and some friends are planning a return visit to Viet Nam, I thought now might be a good time to post these. I will follow my timeline from March of 1967 to October of 1968 beginning with arrival in Saigon, brief assignment in Lam Son, 30 miles to the north, in Hue the former Imperial Capital, the port city of Danang, and last in the far north in Quang Tri. One thing it is essential to understand, is that I mean no disrespect to the brave men and women who served in combat in country. While I was shelled and shot at a few times, my experiences are very different from those went looking for the enemy, and they have my highest regard, and deepest appreciation.' 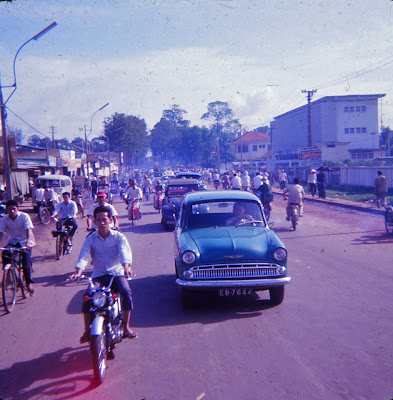 “No one seems interested in discouraging the occasional tourist, simply, perhaps, because of the political necessity to pretend that all is going well in Vietnam. But all is not going well and hasn’t been for years.” Me: My part of the war was very civilized during the early stages. I know it wasn't for the combat troops out in the bush, but that was a long way from Saigon, and all of the news we got was pretty much good. Every now and then we would hear of some really bad place or event but we still had unlimited passes in the city, and as you can see, I dressed the part. I turned 20 two months into my first tour.' 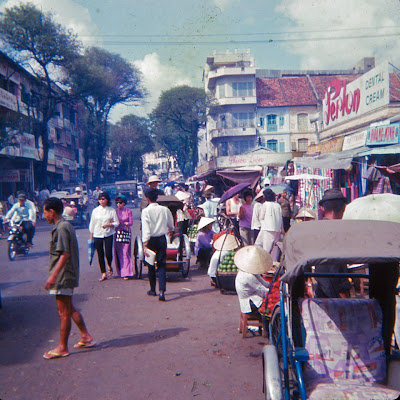