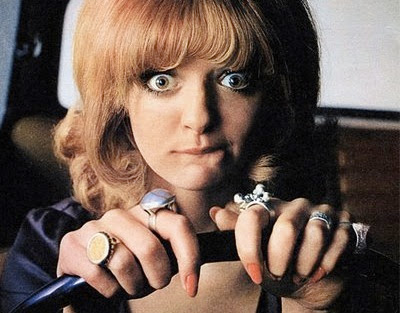 there's this movie that came out a few years ago called "like crazy." it's about this girl from the UK and this boy from the US and they have a summer of love wherein she outstays her student visa, returns to the UK for a wedding and plans to return to the US on a visitor visa, except... THEY WON'T LET HER BACK IN. because of her prior visa violation, the US has enforced a ban and the whole rest of the movie is about her 3+ years of legal efforts to have the ban lifted.

this is basically an immigration nightmare and i'm 99% certain this movie was US/UK border control sponsored propaganda intended to scare the shit out of anyone who might ever consider applying for a visa or violating one they've got.

in which case, well played. because it scared the shit out of me, which is turning out to be a bit of an inconvenience now that i am applying for a visa.

you guys, i am so freaking paranoid about this. so worried that i'm going to screw it up. concerned to a degree that no law-abiding citizen ever need be.

suddenly details like my dad's birthplace are fraught; my mother's birthdate, an ongoing uncertainty, becomes a potential bit of misinformation. i'm 31 and i have to call my dad three times while filling out the application to double check my answers with him, because i'm that scared of accidentally telling a lie.

"please list any criminal convictions you have had (including traffic convictions)."

this question is particularly troubling. because it looks so simple if you invert the syntax. why NO, i am not a convicted criminal.  but, thanks to some stringent mississippi highway speed enforcements, DAMN did i accrue some traffic tickets in 1999-2002. all of them paid, all of them absolved from my record. all of them suddenly so, so frightening in this context, wherein my failure to admit to having forked over a grand total of $300 to the MDOT in 2002 might derail all my future plans.

my father is quick to reassure me that i'm being a loon: "beeb, be real. they're asking if you're a felon, not a speed demon."
by oline

Email ThisBlogThis!Share to TwitterShare to FacebookShare to Pinterest
filed under: immigration in the city, oline in the UK, the family forward

As someone who deals with visas and immigration for a living, and just went through the Green Card process last year with my alien wife, I always tell ppl going through the process this: you don't need to worry too much about the visa application. If you have set gig, like a job or grad school, then getting the visa is pretty smooth. They WANT to give you the visa. However, "like crazy" is right in the fact that if you overstay your visa, or otherwise monkey around with immigration, then there will be epic hell to pay. So, don't worry about getting your visa. But much like the Wu-Tang Clan, Immigration ain't nuthin' to fuck with.