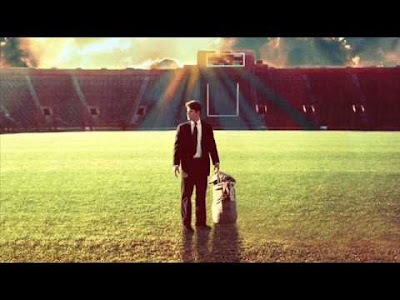 rudy is NOT a true story.

i repeat, the greatest sports story of our time- the 54th most inspiring sports film of ALL TIME (someone else's ranking. not mine. i couldn't probably list 5 other sports films if you forced me.)- is not true.

(btw, truthbomb: sean astin- who is so short that it was believable he wouldn't play football in rudy because he is so short- is a solid SIX inches taller than jason priestly.)

father clark broke this to me over the weekend at partner's as just a simple aside. then we researched and the unthinkable was proven true.

rudy never played in a notre dame game. the fact that rudy was allowed to play the last play in a notre game being the whole freaking point of the entire film.

i resent the phrase "based on a true story." because it is the ending of rudy that makes rudy what it is. the point of rudy is that rudy played. only for a minute. only for a tackle. but he played.

if he didn't play, what was the point?

i'm slowly coming to terms with the fact that i maybe would almost like to see that movie more. a movie where the central character didn't get what they wanted.  where they had to settle for something less.

because that can be inspiring as well. in a far quieter way, yes, but inspiring nonetheless. to have been carried off the field in triumph without ever having played. 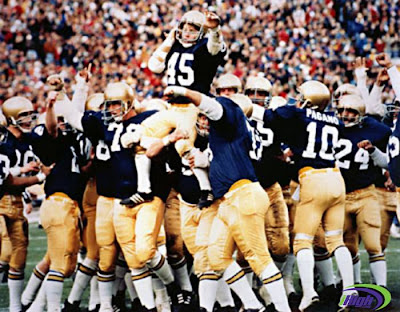