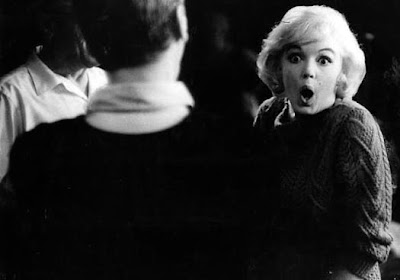 on 20 september 2010, in the wee hours of the night, in a cab on my way home from midway, i decided to become a biographer. i put a date three years distant down on a post-it (an aspirational act i'd lifted from an anedote about jim carrey that may or may not be apocryphal) and taped it into my wallet.

because i expected that becoming a biographer would do wonders for my love life.

it didn't seem particularly distant at the time and it sure as hell doesn't seem distant now. but the point of picking that date was to live in such a way that i would be continually moving toward something, even if i did not know what it was beyond the fact that it involved jackie and a vague hope that, ultimately, i would not die alone.

it's 20.9.12. what writing about jackie boils down to right now is tone and structure. i spent much of the summer pinning down that those are the two things that need my attention without having a clear idea of what i am supposed to do with them, beyond the sense that to do anything with them will be really hard.

then, terrorized by the impending difficulty, i curled up into myself and focused on sex toboggans and 50 shades fanfic and generally squandered my talents for the last six months.

except i really didn't. because all of these things, seemingly so varied, always pull together. they are different aspects of a single thought.

i don't read fiction but, having recently read several biographies of people who write fiction, it's slowly dawning on me that the conventions of fiction may be of some use in what i want to do.

for some reason, i never had these books. thus, as is usually the case with the things we didn't have in childhood (big wheels! hamburger helper! the game of LIFE!), as an adult i've embued them with a mystique they maybe do not deserve.

for months, i've been mulling how i can capture the full extent of jackie's adventures, the narrative shiftiness that defined their telling, the pick-and-choose manner in which we- to this day- consume gossip, and the true historical real life story of jackie onassis the real woman as i can recover it, while simultaneously using her life-fictions to demonstrate the importance of myth in the writing of biography.

steven's in town for madonna. last night, coming fast on the heels of an intellectual inquiry regarding whether a male proclamation of "I AM A FEMINIST" carries a cultural meaning of "i will be gentle and attentive in bed," for the first time, i admitted it out loud.

that i have for some time thought that, really, what i'm writing could be a choose your own adventure. not only that it could be, but that it should.
by oline