I WANT TO HUG AND KISS YOU.

because you had the foresight to put every single source you used onto notecards with all their publication information and to organize them alphabetically in a box that you (unironically) emblazoned with the words JACKIE IN A BOX, and around which you (unironically) drew pictures of jackie during her kennedy and onassis years.

what you cannot have known then, for which i greatly thank you now, is that eight years later this would save futureOline oodles of time.

it's hard to put words to the special panic that arises when, seven days out from a deadline, one stumbles across a reference to "Podle, 12" or "Albert, 42," both of which could be from two of any of 350+ magazines.

terror. horror. dread. any one will do.

but it's like you knew, 2004oline. it's like you knew it would one day come to this and so, in your infinite wisdom, you prepared for this future, my present, in the only way you knew how: by approaching the writing of a biography as though it were your sophomore year research paper and mrs. reynolds would be grading you at the end.

i will say this- a zillion of my electronic files are obsolete. every time i want to access the 42-page bibliography 2006oline typed up, it has to be sent into the internet netherworld for conversion and then sent back. but those notecards need nothing.

just open the box, and there they are. there's something deeply reassuring in that.

there's also something deeply reassuring in seeing how all of this comes together. how the work done in 2004 and 2006 and 2008 feeds into 2012. maybe that's the key to sustaining momentum in a seemingly never-ending project over time.

dear 2004oline, i cannot tell you how many times i've meant to throw those notecards away. because i thought they didn't matter. i thought i wouldn't need them. i thought they were a total waste.

and yet none of this has been a waste. an excellent thing to remember. easy to forget. 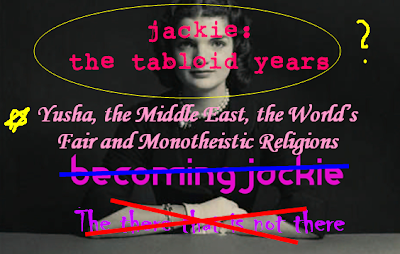 When I first read index cards, I even thought of Mrs. Reynolds.