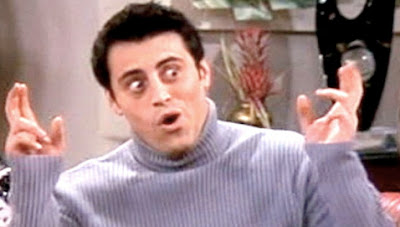 "it’s the modern equivalent of telling everyone in first period that you guys broke up over the phone the night before."

"or is she totally po’d that she was squished while eating."

"when is this podcast? who scheduled a podcast on the 4th of july? why don't you care about 'merica?!"
"a woman in london, obviously."

"we're just the classic seventies novel with no sex in it."

"he is either very well-endowed or wearing an enhancement."

"then i'm writing a book review about a book on the history of ukelelles. and also, learning how to spell ukelees."

"i really really do not like playing [the piano] for church. but i do it because it is a gift that i can give."

"i am deeply saddened by the lack of mel b."

"why did i not bake that chocolate cake??? fat lot of good the stupid chocolate ice cream does me now!!!!"

"for being married to a gay sex god, her taste in fashion is horrible. nobody that rich should have shoes that bad."

"i think when i die and get cremated, my ashes should be kept in a louboutin box."

"dearie me, this is dreadful and hilarious. it is dreadlarious."

"mykonos… the most gay island EVER. people eat rainbows, fart rainbows, and dream of rainbows there."

"all butts. that seems pretty fitting for a monday, right?"

"steven and i seem to be doing a good job of keeping on the page so far..."
"i applaud your paging!!"
"wha? paging?"
"paging, like 'same paging', like 'you and steven are on the same page'."
"dude. right there, in that moment, you were too street for me."

"ohhh. THAT was your high school hair goal? i had wondered what the motivation was."

"the dead dad card is really hard to overcome."

"you look like a french model. minus the heroin."

"stupid salad. stupid yogurt. why aren’t you all cake?"

"my family bought evan a chainsaw for his birthday, so you know, we’re all in redneck bliss."

"not only are we not carpooling our emails, some of them aren’t even on the same interstate!"

"yes, he is a rather fragile thing to be living in a big city."

"i feel like he would be much happier in a city that is famous for something more than having giant golden ball thing."

"my mom made it yesterday, and gave me a teasing glimpse before quickly shutting the fridge door. "

"at least there's that whole day to recover and become a vegetarian."

"she's been more rolley and ewoky looking than usual."

"he was in heaven. i was sweating to death. and then he pooped through his diapers in the middle of the street."

"maybe this is a sign that i need to transition to beans."

"it is CRAY CRAY hot down here. walking outside is like getting punched in the face with a preheated oven door. "

"someone reheated a pizza in the lunchroom earlier. i almost cried, it smelled so good."

"it’s the culinary equivalent of a michael bay movie."

"death is nothing compared to my biscuits."