2 t-minus i don't even know 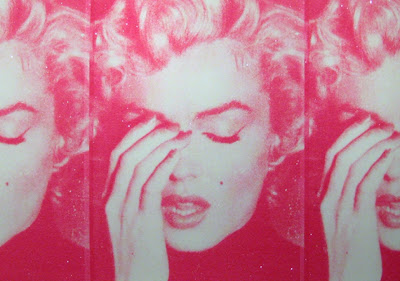 i'm pretty sure the best way to make something happen is to say it never will.

in mid-april, i sat in a bar with a guy from maph i barely knew and identified the one thing i would categorically never do for jackie. loudly, emphatically, with a dismissive wave of the hand, echoing the immortal words of meatloaf, i said: I WON'T DO THAT.

two days later, that one thing i would never ever do became the main thing i think i really want.

but what do i know. yesterday, i snacked on tums because i was hungry and we have no vending machine in the new office of my day job. then, still jet-lagged, i got completely disoriented and walked into my boss's window instead of her door.

i'm not a philosopher or a genius, but i can usually write when handed a pen.

in paris (where, mark my words, i will one day live), sitting in the grass at the foot of the eiffel tower i finished that stupid paper i've spent a solid month moaning about. and, while i know in my heart of hearts that it's at least two years away from being what it will be, i'm pretty sure it's pretty good already. damn good, maybe even. and that's a nice vantage from which to begin.

in paris, at the foot of the eiffel tower, for the first time in a long time, jackie felt like fun. as she should.

i ostensibly went to paris to attend a conference on narrative. my attendance at said conference was comprised of going on the third day to register and print out my paper and then, on the last day, delivering my talk. my attendance in toto equalled a slim 106 minutes. but all i really wanted out of this was a paper and paris, and on that front it was undoubtedly a win-win.

so it's a bonus of great value that, in my panel, someone pointed out this: hemmingway spent six weeks writing the sun also rises and then he spent a year rewriting it so it was a work of art.

i'm back in chicago with jackie. and i feel ready. ready to be here, ready to leave here. ready to take the sex toboggans from 6 pages to 20 and to do whatever jackie demands.

it's strange to be home. to have left chicago for the entire second half of may and to be back here now. grounded for three weeks. under these impossibly beautiful blue skies.

there are glimpses. moments of surprise amidst the expansive wasteland of the things you think you cannot do. moments where you see that you can do them and that you have a choice.

Email ThisBlogThis!Share to TwitterShare to FacebookShare to Pinterest
filed under: 20.09.13, 21.09.13, biogrophiled, the natural condition

thanks for the inspiration