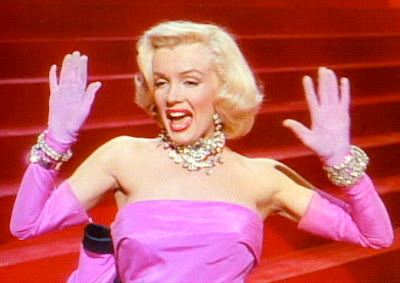 primarily, it wound up being an exercise in throwing our hands up to the heavens in anguish because these theoretical texts were too difficult for our puny little minds to ever comprehend. for this reason, i loathe theory.

just say the phrase "theoretical approach" and i hear jay say "can somebody get the door?" and i want to run right out of social sciences 122 and head for the hills. maybe not a good thing given that i'm in the midst of cranking out something about jackie that's meant to be all about my theoretical approach.

i used to be able to do this.

i was only ever capable of slapping together sentences brimming with big words so that it sounded to the uneducated ear as though they were advocating a theoretical approach. when in reality they weren't. in reality, they weren't even really saying anything. they were just a bunch of big words slapped together ad hoc so that in toto they equated to a cacophony that (i hoped) obscured my lack of theoretical backbone.

my problem with theory is this: it's made to be scary when it really needn't be.

when i heard that i needed to write this thing on theoretical approach, my immediate impulse was to throw in the towel. to say- as my mother once said to my grandmother when she offered her a taste of her ham at that funeral where i had the macaroni and cheese of my life- I DON'T WANT THAT.

but then i remembered that i do want this and, upon sitting down to write, i was struck by the fact that if i have any theoretical approach, it is automatic. there's no conscious choice to cast everything in terms of archetypal myth and gender. it just happens. which is why it feels foreign to have to explain it in grandiose academic terms.

my theoretical approach boils down to the fact that biography gets women all wrong. it's that simple. i approach biography from the stance that the genre is inherently misguided in its treatment of women's lives.

there. i said it in two sentences and probably could've even done it in one.

Email ThisBlogThis!Share to TwitterShare to FacebookShare to Pinterest
filed under: biogrophiled, writing in the city

If MAPH taught me anything, it's that all theory basically boils down to:

1. Capitalism sucks
2. We are all perverts
3. Truth is subjective
4. Something about Dasein

so the real question here is did maph teach you anything?

If you realize that most theory is bullshit, then you can be the breath of fresh air that cuts through the b.s. and gets to the heart of the matter: Biography gets women all wrong. Go with it. It's good.