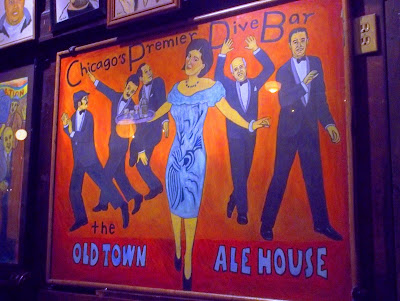 [seediness from the page that was folded over]

"i peaked too soon."
"but just three months ago you thought you'd never arrive."
"it was a small roller coaster."

"so i've been calling universities throughout the midwest and being like 'would you like some seeds?'"
"are they into it?"

"man, guys, we're not jumping the shark but whatever that would be in relation to sex..."
"the soft mound."
"yeah, it started early tonight."

"it was like the airing of the boils. except i think you're supposed to air your laundry and lance the boils."

"some of these idiots are idiots... truly."

"it's like 'i would like to be a unicorn herder and i believe this is my ticket there.'"

"my future is in gifs and merchandise."

"i appreciate your validation of my inquisitive choices."

"no one told me they knew martial arts! i was scared enough when it was a 2,000 pound animal who loved to eat human flesh. i never would've gone to alaska if i'd known they could wield weapons like samurai."

"so thursday was princess and witches and i was like 'i'm going to own that shit.'"
"i love that a man just said that."

"that just really gross. the act of falling in love with someone as big as your thumb."

"with that accent you could totally be the villain of my little pony... and i mean that as a compliment."
"well, i mean, how could you not?"

"i have middle grade witch fiction merchandise. that's my sphere of influence."

"it could also be in sky mall, which is- to me- a clear sign that you have arrived."

"you are to sky mall what bin laden was to the taliban."

"just master-gifing all through the moravian love feast."

"so you do the limited omniscient blah blah blabbity doesn't matter..."

"you don't need to write that down. that makes me sound like an ass."
"write THAT down."

"i went from james joyce to a sphincter in just a few seconds."
"james joyce would've appreciated that."

"that was the only praise i ever got- tiny check marks."

"this is like batman the ride and i'm waiting to go up the hill."

"so obviously my first thought is the lisa frank dolphins..."

"i need you to know, and this is ridiculous in hindsight, but for the first five paragraphs i thought the story was narrated by a horse."

"i think both lacan and lisa frank would approve."

"wow. you have really cloven together."

"excellent spice girls reference!"
"i was actually going for aristotle."

"i don't know, i feel like you smelled my little pony so anything is possible."

"she was like 'shouldn't you be eating sugar cubes?'"

"again, i don't think the normal reaction for anyone who is not on drugs or sleep deprives would be to assume the narrator is a horse."
"well that is my audience- druggies and insomniacs."

"you think you're getting a standard talking horse story..."
"and then it becomes this sexual nightmare!"

"every time a spidery character sings, you guys have issues with it."

"what if they were to find other sacks of flesh?"

"but it made perfect sense until i was a page and a half in and i was like, 'oh he's not a horse.'"

"so all of our work is in default horse-mode until it's established that we're talking about people. noted."

"i'm going to make great fun of that as soon as you go pee."

"cunts and horses, that's what i'm getting at with this story."

"all of which is to say that tiaras and i have a history."

"when haven't we all done that?"
"called alexis bledel a cunt while in line at a movie?"

"9 year olds still know about mc hammer."
"my faith in humanity is redeemed."

"the finger of doom... another great gif."

"to me, ellipses equal sex."

"the ending?"
"i think it lacked the word cunt."

"no, it's so powerful. i think about it when i eat chips."

"i was eating these barbecue chips and i was all like, 'this is just like caroline and that frenchman.'"

"i avoided prepositions and responsibility."

"i mean, we weren't counting cunts."
"that was the best gif ever."

'i just quoted bladerunner... it's that time of night."

"why do you want to see ALL of the pictures? i mean, i think it's a good idea if we have some boundaries."

"it'll be a formal protest until they have mab sweatpants."

"i'll see what i can do merchandise-wise."

"we keep giving you rings to take to mordor."

"oline eaton is a terrible person in a very engaging way."

"and then you're the girl on the subway making out by the door- only assholes stand by the door!"

"you were the villain of those people's stories."

"that was a terrible french accent. i apologize for that and misogyny."

"if you call it cunt, that's totally magical realism."

It's weird. I feel like we were strangely subdued (from tiredness) last night, and yet, the quotes. The cunts. The horses. The merchandising. We were glorious.