0 Movies You Really Should've Seen By Now If You Want To Consider Yourself A Grown Person: Gettysburg and/or (um... AND) The Outsiders 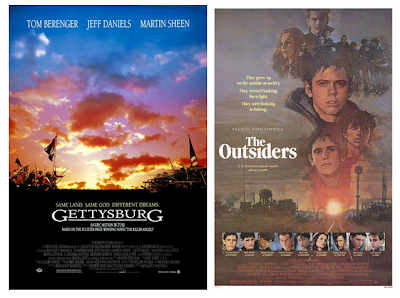 gettysburg and the outsiders are essentially the same film. because, in the (very important) pantheon of movies starring a shit-ton of hot men, the ted turner classic gettysburg is to the 1990s what the outsiders was to the 1980s. 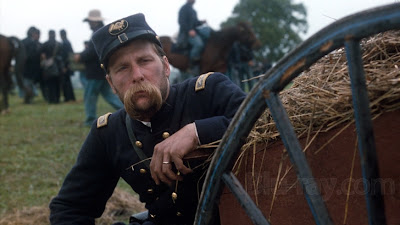 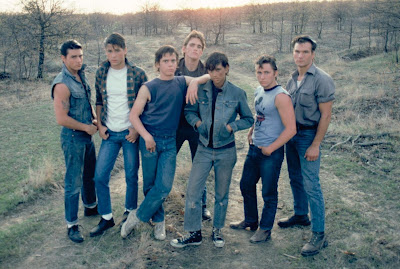 the outsiders was headlined (omg, why?) by c. thomas howell and starred matt dillon, patrick swayze, young ROB LOWE (!!!), emilio estevez, ralph maccio (what huh?), tom cruise, leif garrett and- somewhat inexplicably- tom waits. deep into the googling of photographs for this, i learned that it was also directed by francis ford coppola. (dude, wtf?)

gettysburg featured jeff daniels (yes, THE jeff daniels), martin sheen, tom berenger, our friend c. thomas and literally a million other men- most of them unknowns, some of them very cute, all of them sporting insanely clownish beards. 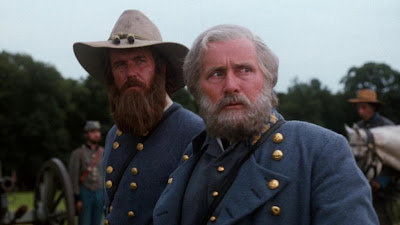 imdb summarizes gettsburg as follows: "The four and 1/4 hour depiction of the historical and personal events surrounding and including the decisive American civil war battle features thousands of civil war re-enactors marching over the exact ground that the federal army and the army of North Virginia fought on."

and now for the outsiders: "When two poor greasers, Johnny, and Ponyboy are assaulted by a vicious gang, the socs, and Johnny kills one of the attackers, tension begins to mount between the two rival gangs, setting off a turbulent chain of events."

you see what i mean? they're, like, THE SAME MOVIE. only one is 3 hours shorter, clean-shaven and barely begun puberty.

in gettysburg, lee's army of virginia is obviously johnny and ponyboy, just hanging out in a field in nowheresville pennsylvania when the north (ie. "the socs") sweep in and beat up on them so they're forced to fight on bad ground with the whole of mead's army aiming their guns down on them little round top.

when viewed through this context, the battle of gettysburg is basically just a street fight gone major.

seriously. how is this... 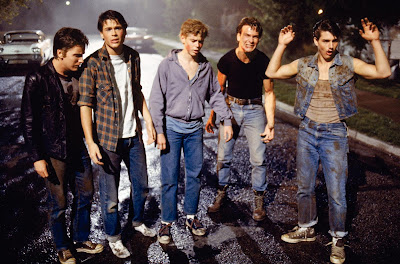 really all that different from this? 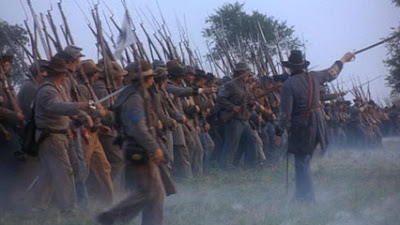