2 there comes a moment every now and again. 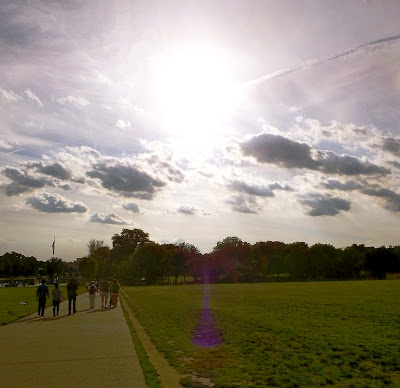 in may 2004, i met the biographess for coffee in hyde park. after, i called donovan and said, i don't know how i'm going to do it, but that is what i want to do.

in january 2010, at the russian restaurant, mr. married asked about my dream job. i told him, i want to do biography. i don't know how it'll happen, but it's something i want to do.

four months later, as we strolled down dearborn, the philosopher asked the same question. and when i gave the same answer, as though it were the most obvious thing in the world, he said, then you should do that.

the problem with really, really doing something- by which i mean going at it full-throttle and on very little sleep- is that you're caught up in a forward momentum that makes it incredibly difficult to appreciate where you are.

this whole jackie business ostensibly kicked off with the 20.09.13 plan in the back of that cab on 20 september 2010, but it didn't begin consuming every area of my life until new year's eve, when i came home from the fireworks with k.clen and learned that the "sex tobaggans" paper had been accepted.

today is november 9th. (or at least it was when i wrote this.)

and while much of the last year has felt like a prolonged dream sequence in which i cannot write enough, sleep enough, do enough, earn enough- i've still the mental wherewithal to realize that it is unbelievable that so much can have happened in eleven months.

joy is an emotion sponsored by thomas kincaide, which is why it doesn't come up here much. i'm not a good enough writer to write about it well and so i don't.

all i will say is this: there comes a moment every now and again.

a moment in which i'm perfectly alone and the sunlight falls all glittery on an expanse of some city's public park and, as whatever epic song i'm listening to on repeat reaches its crescendo, i am stilled.

i now know this moment well enough to want it, to crave it, to live for it from month to month. and for that i'm a lucky lady indeed.
by oline

Email ThisBlogThis!Share to TwitterShare to FacebookShare to Pinterest
filed under: biogrophiled, the philosopher

Beautifully said, as always. I'm starting to feel the same way. Like, for the first time, not only can I do this, but I will. It will happen. Ain't no better feeling.