if you've not read frank rich's article in new york magazine on the rise of hate in american politics, do it. 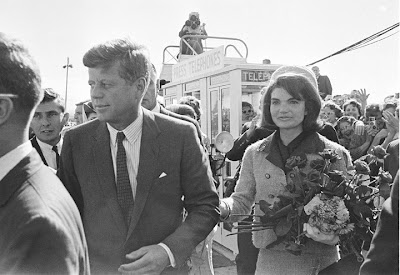 "this much is certain: Both presidents [JFK and Obama] were centrists in the Democratic parties of their respective eras. Neither could be remotely described as radical, let alone 'socialist,' as critics of both have contended. Both are ardent capitalists largely content to leave corporate America to its own devices. Both are wary of the institutional left. Both are hawkish by their party’s standards. But for all this moderation, they, like the similarly centrist Bill Clinton, who was accused of enabling drug running and murder on the Wall Street Journal editorial page, have inspired a hatred so nightmarishly disproportionate to their actual beliefs, actions, and policies that it’s worthy of Stephen King’s fiction."