2 there is a time for everything 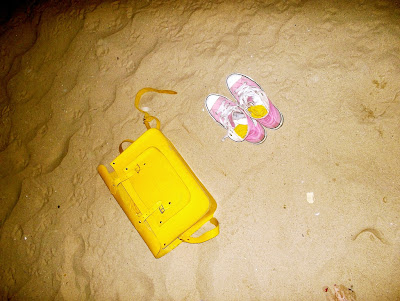 there was a god. that i believed. what i didn’t know was why, while other people found god in white rooms and were born again and clapped on beat, i felt nothing but numb and deeply unrhythmic.

i was living in chicago. they were in memphis. i had called them to say, without preamble, that i was severely displeased with our lord. the gasp of horror echoed down the phone line and put a chill into my bones.

i didn’t know what was more scandalous— that i was mad at the almighty or that i'd said the word "pissed" to my parents.

ever the polite southerners, they went spontaneously deaf.

but i was pissed.

the next day, i awoke early and dressed. at 11 a.m. on a sunday, i got on my bike and went down to the beach. i set my bible in the sand and removed my shoes. i stood there, silent, staring out into the distance, braced against the stiff wind blowing off the great lake. waiting for god.

the runners and bicyclists sped past, their steps and the whir of their wheels and the waves sounded like the beat of angel’s wings.

they went past as i stood there. waiting. still.

it was a move that netted me nothing more than a wicked case of windburn and an ever-increasing sense of betrayal.

in the church i grew up in, we were taught to expect much: rebirth, eternal life, christian community and an unceasing closeness to god. along with that came the sense that if your faith was valid, if you really really believed, that belief would come easily- without doubt, without anger, without wavering, without fear.

i think that's wrong, and i think it's wrong that it isn't discussed.

i waver every day though i believe with all my heart.
by oline

"i think that's wrong, and i think it's wrong that it isn't discussed.

i waver every day though i believe with all my heart."
I love this.
Thanks for giving truth a voice. This faith thing isn't easy. it makes no sense. it tends to hurt... but once it catches you, its not so easy to shake.