[fair warning: this is excruciatingly self-centered]
[[possibly in a way that universally speaks to humanity, but probably not]] 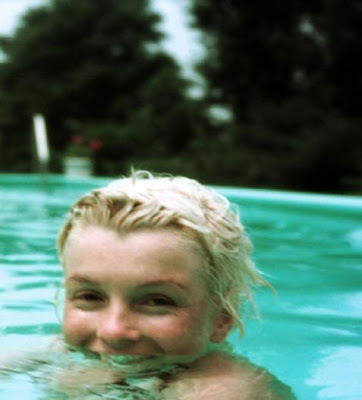 jackie: the tabloid years. this is the jackie book i'm writing.

you may remember it as the non-existent book for which i wrote an eighth chapter in maph. or the book i wrote over the winter of 2005, before declaring it done. or the book i spent all of 2008 revising and then called definitively complete. more recently, it's the book i picked up over this past summer, that- after lobbing the first 100 pages- i decided to completely begin again.

at present, i've a proposal and 100 pages that are shoddy at best. as an uncompromising perfectionist, i see "shoddy at best" as totally no good.

i'm clear on what needs to be done: the proposal needs to be submitted and the shoddy pages need to be murdered and rewritten again in an awesome biographical style i've not invented yet.

seeing jmills in l.a., i realized how much i miss her.

we skyped last her afternoon/my evening and she admitted to being homesick. i know what she means, but my homesickness is for a time rather than a place.

i recognize this as the total waste of energy that it is. chicago can be revisited. the spring of 2010- when everyone who has since moved away was here- not so much. but that's a fact that doesn't lessen the ache.

new york felt good. really, really, really good. like somewhere i could go and be desperately alone and write this damn book and do jackie justice. if that were something i were ready to do.

[sidenote: if i were a superhero, "jackie justice" would be my name.]

way back a million years ago in january, sensei said i was on the cusp. all these months later, i'm standing there still.

i've reasons. i tell myself they're good ones.

it's hard to write when happy. blog posts, yeah, fine. articles and essays, sure. those come marching fairly easily out of a mild melancholy. but jackie demands depression. full-fledged, flat-out, writing to survive depression. i don't know why, but i know that she does and i kind of hate her for it.

that's why i've put this off. why she's languishing over there in the distance, taking shape in my head rather than being put down on paper. because we've been here before- jackie and i- and it ain't pretty. much as i love her, i don't like who i have to be to write about her. i know the roads down which she leads me and, having already been there, i've no desire to return.

i write that knowing full well i will.

because there are times in life when writing is more important than breathing and, whether i want it or not, that time is railroading towards me. i'm on the cusp. on a precipice. tiptoeing forward. biding my time.

i've never been a confident swimmer. i hate the sensation of having water in my ears. but upon hearing the news that steven may be moving to new york in the winter, envy flares up in my heart and i've the sense of wobbling on a ledge as, in the voice of the petulent child that i sometimes still am, i cry out: but that's my adventure!

hearing myself say it i know that, for all my hesitations and staving off of the inevitable, it is getting closer. the emotional curling inward that signals a readiness to start.
by oline

i didn't cringe a bit, so surely that post wasn't "excruciatingly self-centered". you truly are on the cusp of the big write, but as a favor to your dear kbg, do refrain from leaping into a mad despair. pretty please, with heaven in a bowl on top.

ooooh, heaven in a bowl. YUM.