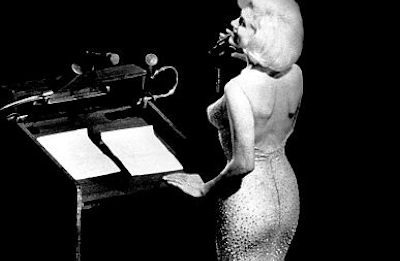 my talk in new york was a bit of a bomb.

there's a chance this went unnoticed, as everyone was tremendously gracious and they begged me to come back and lamented that i don't live in new york. but i don't have to dig into my heart of hearts to know i was not at my best.

deeply rattled by the presence of a round conference table, a hostile crowd and a microphone, i gave my spiel on the powers of blogging. even as it was unfolding and i made meaningful eye-contact with the biographer whom i'd pegged as The Most Powerful Person In the Room, i was keenly aware that i'd dropped the phrase "and stuff like that" at least nine times.

NINE TIMES. that's a shit-ton of stuff like that. especially in a ten minute speech.

i will never again underestimate the power of friendly crowds and theater-style seats.
by oline

Email ThisBlogThis!Share to TwitterShare to FacebookShare to Pinterest
filed under: adventures in public speaking, biogrophiled