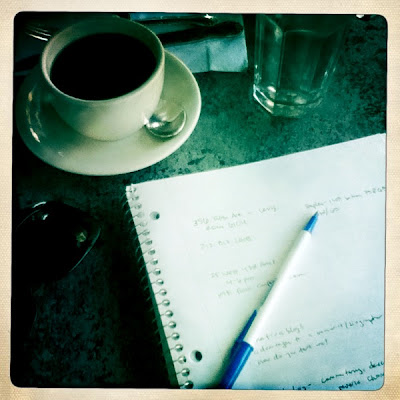 we are writing in a ridiculous time. a historical moment in which editors have decided that everything of value can be said in under 500 words.

this presents an interesting challenge. it demands a concision that doesn't come naturally and fierce editorial ruthlessness. and so your words (your precious ridiculously hard to get out of your head onto paper in the precisely right way so that they make sense to other people and yet are still true to what you originally intended words) are stretched to the very max.

everything i've published has dropped 900+ words in the process. essays that were met with resounding rejection at 1,300 have gone on to be heralded as universally appealing to all humanity when they're trimmed to an anorexic 497.

in the process, i fear, they are stripped of the reasons they were written. they wind up mere ghosts of a thought that was once complete.

and i can't help but wonder (a) will this trend toward brevity last? and (b) will my norton anthology "did you know?" box note that everything i ever published possessed "a general incompleteness," as though 900 words had wandered off?
by oline

Oh please write 497 words on the 900 that wandered off. you would do a fine job.
Sigh! So nice to catch up on Oline's work.