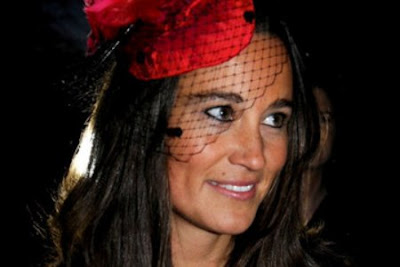 so, pippa middleton is really happening. we know that because of THIS daily mail report and if it's in the daily mail it must be true. let's parse!


beginning nearish to the beginning, we're treated to this startling revelation:

i would first like to clarify that this is not me. much as i love camilla & charles: whatever love means and kate & william: the lifetime movie, i swear up and down i am not inundating this poor man with requests for a pippa biopic. which raises the question: adrian munsey, WHO ARE THESE PEOPLE? have they no lives?
moving along... omg:

while i often feel like i've still yet to recover from awaking at royal wedding time, it was a full five months ago. which is a really, really long time to have gone without recouping the lost sleep but a very very short time in which to have produced 32 biopics. it would almost lead one to question their quality...
let your eyes linger here for a moment, because this one's a toughie. it's going to take some teasing out:

this statement is probably the most elegant articulation of pippa's contribution that we will ever see. because, as we all know, in this instance, "tour de force" is a euphemism for hot ass. and while i don't want to undermine the importance of being able to look after small children, the small children are being used here to detract from the fact that there's a contingency of people who have actively lobbied for a film to be made about this woman on the sole basis of her having a hot ass.


i now give you the greatest fallacy of our time:

um... NO.
i don't know about the rest of you and i would never dare speak on behalf of all womankind, BUT. i, for one, do not want to the beautiful girl-next-door. whether she is played by pippa or anyone else for that matter. i want to be the girl with rhoda morgenstern's wit, michaela quinn's medical know-how, mary richard's apartment (seasons 1-5), donna martin's friend group and barbie's peaches 'n cream ballgown.
that seems far more interesting, hot ass or no.
by oline

the girl next door who looks like a youthful 50 year old in this picture.