3 the naked lady bar: dicks, balls, the one year anniversary, an alaskan journey & the 'what's happening to my body?' book for boys 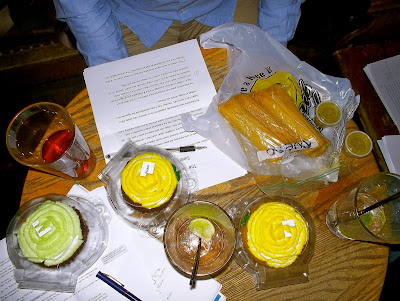 "the other surprising fact is that taxidermists do penises."
"that thing could kill me in an instant but at least i have a bigger dick."
"dicks of the animal kingdom? i would totally put my name on that."
"the stallion sex box?"
"we can specialize too- dicks of alaska... dicks of the serengeti..."
"book two from the naked lady bar: doctor's books of whatever."
"our book trailers are going to be awesome.
"it's an unjust and bad thing in general- adolescence."
"the flannel bear- it's a lesser known alaskan species. some are plaid. some are striped."
"this could be a great franchise."
"it was messed up, it was messed up. and i didn't even look at his penis."
"you don't see testicles walking around the street like you do breasts."
"i've had balls for thirty years and i didn't even know that."
"yeah, you're right, you see dog balls all the time."
"clearly there's balls beyond the human male."
"it's only been in locker rooms and hot springs in japan that i've ever seen penises in the wild."
"it's not dick, it's just head."
"that should be our group goal- someone needs to write a book that gets banned."
"black sack."
"because, again, internal genitalia, thumbs up!"
"that's legit, how they labeled that stuff."
"it wasn't even that he had the vat of soup but that he had it and it comforted him enough that he fell asleep in my class."

"it was the best goddam baby shower ever."

"i was thinking of the apocalypse and i was wondering if it would be good to move to the poles."

"the whole time i was like, 'i am older than this scenery.'"

"it's magnificent but everything is fucked."

"it's like -30 degrees and dark all the time but i'd still prefer it to chicago because there's no wind."

"if you look at the continental u.s., we're pretty far south, but then there's a giant ice schlong above us."

"you just squicked me out by saying 'holy crow.'"

Email ThisBlogThis!Share to TwitterShare to FacebookShare to Pinterest
filed under: balls, deep deep thoughts from the naked lady bar

I have a terrible feeling the bears of the earth will now wreak venegance upon me for publicly mocking their tiny ursine penises. I can never go camping again.

i know, right? the HUGEness of our cupcakes seems incredibly appropriate in retrospect given the ballsiness of the convo.