that is why you have me. so listen to your oline and read up on nancy wake. 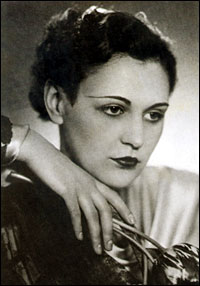 "She was dauntless. When a German counterattack against the Maquis disrupted lines of communication, Ms. Wake covered 200 kilometers by bike over hostile ground to get and receive crucial messages. She slept in haystacks or in the open during her 72-hour journey, which resulted in reestablishing radio contact with London... In London, she bluffed her way into journalism by telling a Hearst newspaper executive that she was fluent in Egyptian— Egypt being a favorite topic of his. She wrote shorthand gibberish that resembled hieroglyphics and passed it off as the language... 'For goodness sake, did the allies parachute me into France to fry eggs and bacon for the men?' she asked. 'There wasn’t an egg to be had for love nor money, and even if there had been, why would I be frying it when I had men to do that sort of thing?'"
by oline