the better question is what am i not writing because ohmygod SO MUCH.

it's like when there's a sale on produce and you buy a shit-ton only to sit there and watch it rot, cursing yourself for having been so ambitious as to think you could ever eat eight avocados in one week because they were a mere 79 cents a piece.

at the moment, there's a lot of rot in my head.

(let's also take this moment to appreciate that there's a marilyn picture for ANYTHING. case in point:) 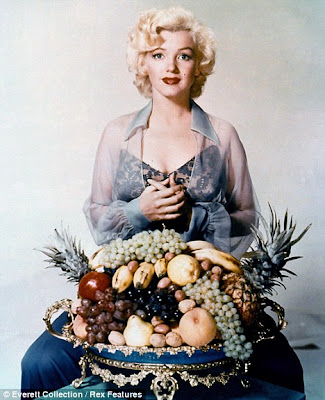