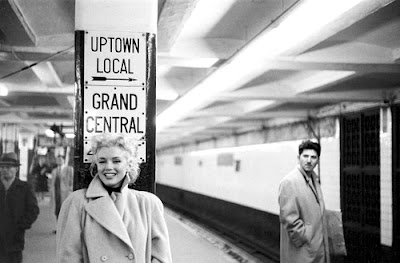 i write a lot about expectations. mostly about how you shouldn't have them because they totally suck and they'll only leave you disappointed because, really, nothing can ever live up to the wonder of anything you could construct in your head.

flip that around and it's actually true: nothing you can construct in your head can live up to the wonder of what can actually happen.

i've been dicking around all summer. doing things with vague biographical connotations that are "allegedly" moving me toward the 21.09.13 goal, when really that's just been an elaborate excuse for expensive adventures.

after london, the plan was to hunker down with jackie, to be in chicago and to save money. the plan was that there would be no more trips.

you never know what's going to happen and my theory is that when adventure comes along, you've got to seize it. as the very wise mk wrote: "you have to treat yourself by throwing choice up ahead."

all summer, i'd been mulling a trip to new york this fall. to follow-up on freelance leads. to snag drinks with a handful of people who may or may not be biographically important. to interview The Feminist (?!?!?!).

but none of these were pressing. i thought they could be put off. i thought this was very much a want rather than a need.

i was wrong. these things can't be put off. their time has come.

because i somehow landed a gig as the social networking coordinator for a biographical collective and- much to my mortification- was quoted at length in last month's newsletter explaining which icons to click on to join facebook, i'm speaking as a social media expert at the women writing women's lives seminar on october 3rd.

you can plan all you want but it's useless. nothing you dream up is better than what can really be.