6 my parents have cancelled their landline 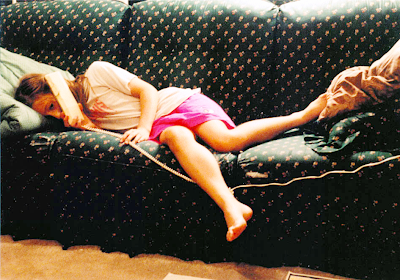 my parents have cancelled their landline.

the upshot is that i get to pick who's going to answer the phone. as a control freak, i love that.

the downside is that i get to pick who i'm calling. which is problematic because i do not like hurt feelings. i do not want to choose.

my parents have cancelled their land line and, suddenly, i am nostalgic about the most ridiculous things. i mourn for the fact that my parents can no longer get on the phone at the same time.

with the total loss of my russian language skills, this practice was the enduring legacy of the one summer semester i spent at cornell. a holdover of an earlier age in which long-distance was prohibitively expensive and we had absolutely no minutes to spare.

in recent years, we no longer spoke under such constraints, but that did not put an end to the party line. when i called home, my parents hopped on the line together. my father would be sitting in his library with my mother one room over and, invariably, much of the conversation would be devoted to an in-depth discussion of what they should do about dinner while i waited- sometimes patiently, most times not- on the other end.

for years i have detested this habit. now that it is impossible, i grieve its end.

my parents have cancelled their landline. they now have separate phones. this seems one step removed from separate beds and two steps away from divorce.

it's just us three. my father, my mum and me. three is a tricky number. a number easily lent to conspiracies and favorites and shifting allegiance.

accordingly, we are all three of us fearfully afraid of being left out, of there being fun had without us. we must always each have our say. we must be all three or on our own. never ever two against one.

as i struck out on my own and my relationships with each parent evolved, this family-wide insecurity of left-outed-ness was vividly evident in our telephonic encounters. namely, if my father and i were speaking on the phone, my mum would inevitably jump in.

she wouldn't acknowledge her presence, wouldn't say a word. were it not for my finely honed listening skills, which- after a decade of her doing this- were able to detect the tiny click that ran down the line, i wouldn't have even known she was there. you had to listen really hard to catch it. the subtle shift in volume indicative that either the KGB'd tuned in or my mother was on the phone.

my parents have cancelled their landline. they have separate phones. i have to pick who i'm going to call. i have to pick one or the other. it is two against one. i am bereft.
by oline

wow. HOW will you pick?

alternating is the preferred method at the moment, but it's further complicated by the fact that my father cannot figure out how to work the volume on his new phone so he keeps thinking i'm my aunt.

more and more we are becoming the beverly hillbillies.

Some cell phone plans offer three-way calling -- that could be the modern equivalent of the party line?

(Also, having grown up with divorced parents, I find this thought process utterly fascinating...)

yeah i realized when writing it that this was probably very much an only child situation.