every year in chicago, there's that one night that you spend the whole rest of the year remembering as the coldest night of the year. maybe it wasn't really the coldest temperaturally, but for whatever reason, it is memorable and on the hottest day of july, as the sweat drips from your brow, you'll look back and think, but oh God, at least it isn't cold like it was That Night.

for reasons that will be explained later today, last night was that night.

in the meantime, let's go back in time to a collection of quotes that will give you a fair idea of how cold it was... 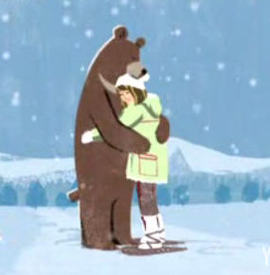 I.
"on that one hot day in may, this will be the moment i remember."

"why did i ever think canvas shoes in snow was a good idea?"

"i was looking at your shoes earlier and i thought: what tenacity!"

"i think it's not an exaggeration to say that it is currently colder than it has ever been anywhere else in the world ever."

"i just want a bear to come stand on my feet and hug me."


II.
"i hate to break your heart, but there appears to be line around the block business."

"we are indoors and i can see my breath. that's obscene."

"truly, i mourn the lack of tubas in mainstream american music."

"of all the things i was expecting here, a polish ho-down wasn't one of them."

"as a rational person, i know we're not in an igloo right now, but that's a really difficult truth to grasp."


III.
"it's been quite some time since i last felt my feet. i hope everything's ok down there."

"i know we didn't know it would be like this, but now that we know, by God, i don't know what we'll do now."

"i will so be making love to the radiator tonight."

"have we died yet?"
by oline