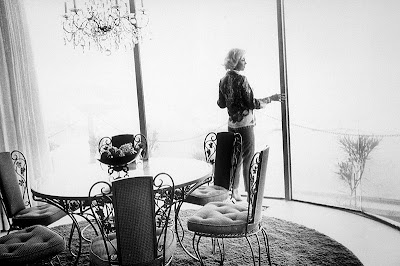 i'm sitting in riverside center room 12 listening to this guy wax on about how the male youths of the 60s were pivotally influenced by the depictions of manhood in john wayne's the sands of iwo jima when i realize that i am maybe writing two books. three if you count that other book that i've not really written but about the writing of which i'm writing in that additional book.

i am writing four books.

but what i'm really doing is not writing any of them.

one of the four is done. except that it isn't because i'm pretty sure now that it may need to become two. if not, it sure as hell needs to become a better one because it's maybe a half at present. and a shitty half at that.

so what we have is this:

there's this phase of writing we don't talk about much. the phase where you're writing nothing.

this tends to look like laziness. i would argue it isn't. but then, maybe i'd think that precisely because it's the stage i'm in. it's easier to justify the notion that i'm mentally arranging pieces and plotting course than to admit i'm stewing in a pit of ideas from which i cannot crawl out.

in high school, due to my great fear of tardiness and inability to fully master a combination lock, i never used my locker but, instead, lugged 30 pounds of textbooks around every day.

that is how writing sometimes feels. all those books and projects and pieces crammed into your skull. you carry them around with you, because it's a frightening process to get them out and because you do not yet have the key.
by oline