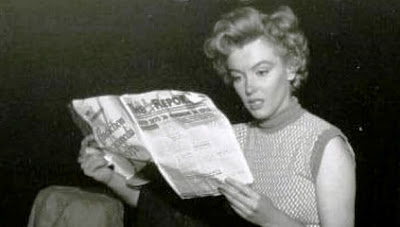 i got the column. officially. and, in the process of securing the column i innocently weaseled my way into a bio and a head-shot too- despite being merely a monthly contributor and, therefore, exempt from bio/head-shot status.

for a brief time this was magical. then it was deeply shitty.

because i can write about myself in an ultra-serious manner, as indicated by THIS THING that i'd completely forgotten about but which resurfaced the other day. and as nearly everything i've ever written here at good old OitC attests, i can deliver a not too shabby portrayal of an excessively whimsical, neurotic version of myself as well.

what i cannot do, as it turns out,  is write about myself in a cheeky way. and when you're writing a bio for cheeky chicago, cheekiness is, obviously, the order of the day.

my columns have gone sailing through the editorial process with lots of emoticons and barely a change and the head-shot was approved right off the bat, but my bio. oh people, my bio.

i'm trying to be a writer for real enough to make a living and it takes me FIVE passes to nail my own bio? it's moments like these that make me think, jesus, what've i done?

ten times, i nearly gave up. once, i kinda sort of almost may have cried. nonetheless, because nothing pays off in writing so much as perseverance (with the possible exception of total self-abasement) after four rejections from the editor, two drafts to lindear, one evocation of the dreaded yellow shoes and one inspiring conversation with my mother, i have a bio. a cheeky one, at that.
by oline

Email ThisBlogThis!Share to TwitterShare to FacebookShare to Pinterest
filed under: biogrophiled, lindear, oline elsewhere on the interwebs, rejection in the city

Well done! Love it, love it.

it was all my mum!

Congrats! I think this is the time to throw your hat in the air and smile. The hat may or may not come back down.

so what you're saying is that i need to be even more mary tyler moore than i already am?

Yes. And I'd keep going that route right up until the point where you have to hug Ed Asner.

i would SO hug ed asner.